Some work is written so starkly it may as well be a phone-book. This tells me that author X has really taken to heart the much-bandied, amateurish idea of no adverbs and adjectives, ever.

That concept is flawed.

It is true that when we carve away unneeded modifiers, we move from telling the story to showing it, which is the goal of every author. But the key here is the word ‘unneeded.’

Some modification of your verbs and nouns is necessary, or you have a ‘Dick and Jane” novel.

Even if the concept for the plot has some merit, a stark, completely bare-bones approach won’t make it worth reading. The idea behind the novel might intrigue me, and I could be curious as to where the author is going with the idea.  But despite being curious, if I don’t enjoy reading the narrative I won’t finish it.

Sometimes a thought requires a little description: An old man carries his groceries home in a snowstorm, fearing he will slip and fall. This idea could be told several ways, and here are two, off the top of my head, one less wordy than the other. Both use modifiers and descriptors:

Snow fell softly. Holding a bag of groceries, he gazed at the stairs leading from the walk to the front door, fearing a layer of ice lurked beneath the pristine whiteness.

He gazed at the icy stairs leading from the un-shoveled walk to the front door, his bag of groceries growing heavier.

There is a reason that descriptors and modifiers exist in the English language. They add flavor, spicing up a flat wall of words.  Just like salt in the soup, too much is too much and too little is not enough.  We are looking for that happy medium where the prose flows in such a way that the reader forgets they are reading and lives the story.

I read a lot of work that begins with a great concept, but has no substance. If only the author had been had been brave enough to tell a good story these novels could have been great. Instead I was given a laundry list of characters acting and reacting to events with no passion or emotion.

It could have meant something to me as a reader, but it didn’t.

Good prose requires choosing words that convey your ideas in the least amount of space. Modifiers and descriptors do that for us, but need to be chosen carefully, and used only when nothing else will do. 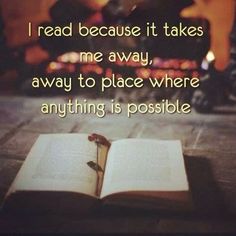 If you are writing a novel you want the reader to live your story and react to the ideas and emotions that you are conveying instead of stumbling over limpid pools of velvet blue eyes or falling flatly into skeletal accounts of boredom. It’s our task to find the middle ground that exists between purple prose and lack of soul.

We want to get the reader immersed in the story, and make them forget the real world for a short time. As a reader, I love it when that happens.