I used to shoot pool down at the Drunken Sasquatch, the local watering-hole over on 15th  frequented by those of us who travel in…different…circles.

But not anymore.  I’m no longer welcome there, and it’s not my fault. I warned Alfredo that I don’t handle certain substances well.

But no, he just had to see if I was truthin’ when I said that…which I was.

But how is it only my responsibility?

When a person says they can’t handle a certain substance, don’t sneak it into their glass. I spit it out as soon as I recognized the tongue-tingling zing, but it was too late—I’d swallowed some.

So now I’m liable for a table and several chairs, the burn marks on the floor, and Sylvia Wannamaker’s new coat.

That’s okay, I do have a bit of gold stashed. But the embarrassment—to say nothing of being no longer allowed to play in November’s pool tournament—

I may not get over that anytime soon.

I’m just going to say it once.

If a dragon tells you he can’t handle carbonated beverages, believe him. 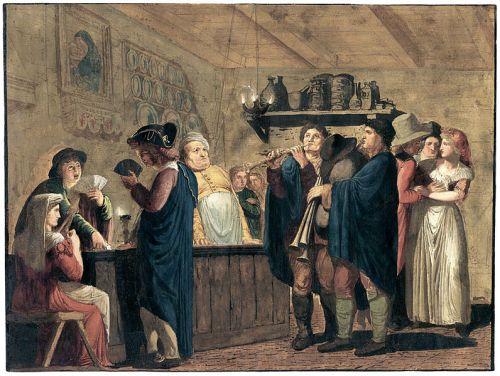 The Unfairness of Life © Connie J Jasperson 2016, All Rights Reserved

Originally published on Life in the Realm of Fantasy Oct.9, 2015 under the title, The Unfairness of Life

Comments Off on #FlashFictionFriday: The Drunken Sasquatch