We had an exceptionally wet January here in my area of the Pacific Northwest. Usually, we get 8.19 inches (208 mm) of rain in January. But this year, we received 10.78 inches (273.8 mm) of precipitation. Some days, it just bucketed down.

February here in my little town was dryer than usual, far less rainy than in other parts of the Northwest. We have seen the sun much more than usual over the last two weeks, which doesn’t bode well for the summer. I can’t help but think of the horrible heat we had last June. We don’t like it when it gets up to 110 degrees Fahrenheit (43.3 Celsius). It’s literally hell when you realize most people here don’t have air conditioning in their homes. Up through the 1980s, we never needed it, as summers rarely topped 80 degrees (26.6).

But it’s still early March, and Saturday morning was cool and sunny, and a perfect day to go to the Farmers Market in Olympia. The local farms and greenhouses had a good selection of early organic vegetables. It was crowded with folks like us, masked and keeping a respectful distance, but all of us were hoping for good bargains.

Edible mushrooms of all sorts abounded. One I hadn’t seen before, the lion’s mane mushroom, was the central feature in the displays of the two local craft fungi growers. It was interesting to look at, but … no.

Not on my plate, please.

Best of all, the musician on stage in the food court was really talented, a brilliant songwriter and guitarist. Great music, and a sunny day–what could top it?

So, we went to our favorite teriyaki restaurant, where I ordered my usual favorite dish, the spicy tofu bowl.

They must have a new cook. I can take a certain amount of culinary heat, and the dish I have grown to love over the last ten years can be tongue-tingling and a bit lip-burning.

But, on a scale of one to five, with one being bland and five the hottest, what I received was at least a ten on the volcanic pepper index.

I couldn’t eat it. But we had fun anyway. Now that I know a different cook is working there, I’ll order the teriyaki tofu bowl next time.

On the writing front, last week was quite productive. I received the final chapters back for my blended novel from my editor and am now going over the manuscript one last time. This is a merging of the stories of two characters and the events of one overarching plot arc. It’s the parallel stories of two battle mages, a father and son, told from their unique generational viewpoints.

It’s not working as separate books, and in the final book of that series, the protagonists join forces to work together anyway. Since being an indie means I can do whatever I think will improve my product, I decided to put their concurrent stories into one book, telling the story with no repetition of ground already covered.

When deciding whose point of view should be primary in each chapter, I chose the character with the most interesting angle on the action. For the first half, it’s more from John’s point of view, but Edwin’s story kicks into gear in the middle, and they join forces at the end, preparing for the final book. It’s epic fantasy, so it’s big and sweeping, but still less than half the length of a Robert Jordan or Tad Williams book.

The whole series is getting a facelift. I’m always learning, always trying to improve myself and my work. So, when something doesn’t work, I’m not ashamed of admitting I was wrong and changing it up.

This merger of two novels into one involved cutting a number of chapters out of each and layering the stories so that the timeline moves forward at the right pace and doesn’t repeat what we already know.

I think that with my editor’s sharp eye pointing out the rough spots, we’ve achieved a smooth narrative, but time will tell. I will have the book professionally formatted for paperback, as I just don’t have the patience for that anymore.

So, that’s how I’m spending my spring afternoons, re-editing old works, and putting the final polish on Bleakbourne on Heath, the novel that began life as a weekly serial for a now-defunct website.

It has an actual ending now. Once the final chapters have been run by my writing group, I will publish it as a standalone novel.

Writing and publishing a chapter a week seemed so easy back in 2016 when I had the idea.

Oh, how foolish I was to commit to that! Writing the words is one thing. Words I had in abundance. But I had to edit them, revise them, and proofread them–which left me no time for writing anything else.

I couldn’t keep churning chapters out that pace, and then I didn’t know how to end the thing. So, I ended it with a wedding and left several threads dangling.

This last November, my writing group came through, helping me brainstorm it. With their help and the impetus of NaNoWriMo, I managed to pull off a credible ending.

So far this year, I’ve submitted a short story to the Masters Review short fiction contest. I did this hoping to at least get a critique of some sort. I don’t expect much as fantasy never does well in that particular contest, no matter how deep the themes and ideas presented. They say they want fiction in all genres, but really, they lean more toward literary fiction. The reason I took such a perilous plunge was to get a critique of that story by people who hadn’t read parts of it before, and who don’t know me. 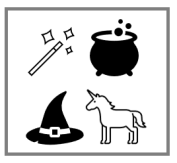 Also, I submitted my 2020 NaNoWriMo novel to PNWA’s literary contest in the category of fantasy and science fiction. All entrants will receive two critiques from that contest, which is why I sent my work in. The readers are people who read fantasy for pleasure. They have never seen my work, and my name isn’t attached to the manuscript. So, their insights will be unbiased, with no need to sugarcoat them.

And finally, on Friday, I had an epiphany. It occurred to me that I’ve been approaching one of my stalled works-in-progress from the wrong angle. This is a story that begs to be told from the first-person point of view. Once I did that, the words flowed.

The way I structure my writing day is to write new words in the morning and make revisions on other works in the afternoon. I don’t stagnate that way, and I feel like I’m making progress.

So, that’s the news from Casa del Jasperson. Fresh veggies, sunshine, and a lot of progress in the writing department.

I hope your winter has gone as well as mine.