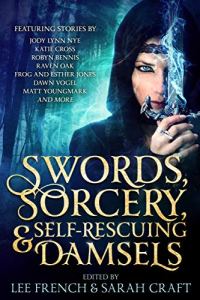 I was privileged to have Thorn Girl, a short story set in the world of Neveyah, included in the anthology with the works of some of the most respected fantasy authors in the business. Included are the works of Jody Lynn Nye, Robyn Bennis, Katie Cross, Raven Oak and so many more. 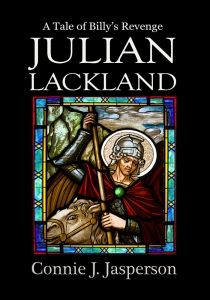 How does a Hero gracefully retire from the business of saving the world?

Once upon a time, Julian “Lackland” De Portiers had the strength to save what mattered most. Once he had companions and twice, he fell passionately in love.

One terrible night in the forest, everything changed.

Who will rescue the rescuer when darkness falls, and the voices begin?

Julian Lackland is an enduring tale of confusion, sorrow, and triumph set in an alternate medieval world.

Not a fan of Amazon? Purchase Julian Lackland from these fine eBook sellers for $4.99 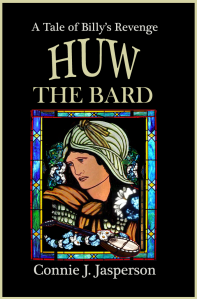 The youngest master in the Bards’ Guild, eighteen-year-old Huw Owyn is at the top of his craft. The Spring Conclave is underway, and Huw is late to the ceremonies. While he lingers with his lady, the Bards’ Guild is attacked. Seeking to rule the most powerful clan in the valley, Earl Rann Dwyn hangs the Guild Master, Huw’s father. His thugs torch the hall with everyone still inside, igniting a firestorm and incinerating a quarter of the city.

Smuggled out of the burning city in a reeking ale barrel, Huw the Bard is a wanted man. Starving, reduced to begging and worse, he must somehow make his way north to safety. It’s a 200-league walk as the crow flies to the one place he might have a friend, though the path Huw must take is anything but straight.

Murder and the taint of treason – a lot can happen to a man on a journey like that.

HUW THE BARD  is available at amazon.com for the very reasonable price of $4.99

Purchase Huw the Bard at Amazon.com (US)

In the UK? Click here to buy Huw the Bard

Huw the Bard is also available as a paperback book from  Amazon for the price of  $12.99 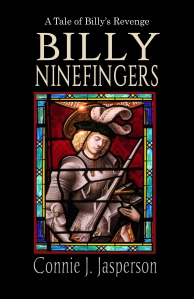 First, the feud that cost him the use of his sword hand is not over.

Second, if he doesn’t pull himself together and become the leader the Rowdies need, he’ll lose everything his father left him.

All he needs is a plan, a mountain of luck, and the love of a good woman.

Well, she doesn’t have to be good, but a few scruples would make a nice change. A plan would be nice too, since luck is never on Billy’s side.

Billy Ninefingers is available at Amazon for $4.99 Kindle and $12.99 paperback

Not a fan of Amazon? Click here to purchase Billy Ninefingers from these fine Ebook Sellers for $4.99

MOUNTAINS OF THE MOON

Wynn Farmer is a simple man with a complicated life. A lightning-mage, it is his task to protect the people of Neveyah from the bizarre and dangerous creatures rumored to haunt the Northern trade road.

When peaceful villagers begin vanishing, the trail of evidence leads Wynn and his companions high into the Mountains of the Moon, to a ruined castle, revealing a deadly secret.

Danger, mystery, and dark prophecies lie deep in a gauntlet of jagged peaks and deadly traps.

Who will survive when the Bull God demands his due?

The Gods are at war, and Neveyah is the battlefield.

Not a fan of Amazon?