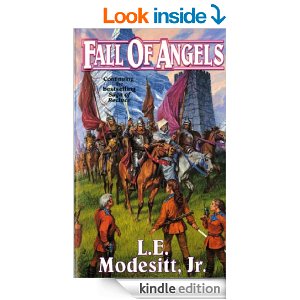 A common theme in fantasy is the juxtaposition of chaos and stability, or order. Good versus evil is a trope of the genre, and  evil is usually portrayed by taking one or the other of these concepts to an extreme.

Author L.E. Modesitt Jr. has taken the theme of chaos and order and built his Magic of Recluce series around the comparison and contrasts of the two, with each side being given the protagonists’ POV in different books as the series progresses. He has been able to really explore the way each side’s magic is expressed, and the moral and ethical values that each side holds dear.

Both sides consider themselves morally superior, and both sides are wary of those who walk that gray path in the middle, which allows Modesitt real opportunities to put his protagonists through the wringer.

The late Roger Zelazney’s brilliant Chronicles of Amber series also details the distinctions between Chaos and Order, and moral and ethical challenges of those who travel from reality to reality through the shadows, with each shadow growing more radical depending on the distance from Castle Amber (which represents Order).

In several of his works, elements of each are combined freely and interchangeably. Jack of Shadows and Changeling, for example, revolve around the tensions between the two worlds of magic and technology, or order and chaos.

But what is chaos, and what is order ? 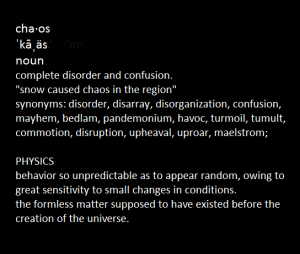 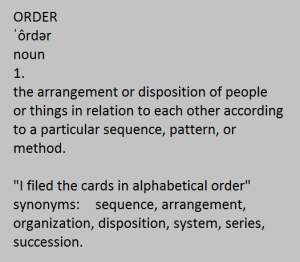 Either side of the coin, when taken to an extreme, can be truly evil.

Consider chaos, or Anarchy. When a culture descends into anarchy, you have an absence of government and absolute freedom of the individual. While this frequently begins as an attempt to allow for individual freedoms without state interference, history shows that what follows is the emergence of a violent culture that is beyond the reach of law.  There is no law and no one capable of enforcing it. The strongest, most violent thugs rise to the top and frequently war with each other, while the common person is caught in the middle. Followers of each warlord are rewarded with the spoils of conquest, which are often goods taken from the common citizen who must somehow survive under that tyranny.

Now let’s look at order: totalitarianism, or total order can also be a form of tyranny: everything is static and nothing changes. There is centralized control by an autocratic authority, combined with the political concept that the citizen should be totally subject to an absolute state authority. No divergence from the norm can be tolerated, and good, obedient citizens are rewarded, while deviants who are seen to be free-thinkers, intellectuals, and artists are persecuted and imprisoned, or killed.

Anarchy=instability and a breakdown of society. Totalitarianism=lack of growth and stagnation of society. For most people’s comfort, a good society allows for both law and creativity.

In extreme types of societies, power is everything, and drawing negative attention to yourself is dangerous. Thus chaos-based societies are usually represented in literature as having an underlying order that holds them together, and order-based societies are often represented as requiring the ability to grow and change, but within certain parameters.

The theme of order and chaos can really power a story-line, and the way you perceive them will not be the way another author sees them. L.E. Modesitt, Jr. and Roger Zelazney couldn’t be more different in the way they portrayed these concepts.

If you haven’t read Zelazney’s works, I highly recommend them.

Comments Off on #amwriting: Theme: chaos or stability