#Fairytales: Myth and the Power of the Allegory 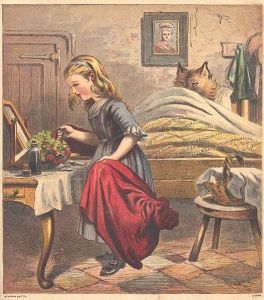 When we were children we craved stories. We begged, “Mama, read me a story,” or “Grandma, tell me story.”  Many times those stories were fairy-tales, tales of good and evil, magic, and heroic deeds succeeding against all odds.

And they were sometimes tales of failure—after all, in the tale of Little Red Riding Hood, Grandma was eaten by the wolf, and had to be rescued by the woodsman.

They were allegories—fictional stories that represent spiritual truths.

My generation learned about the world and the evil that lurks in unknown through those dreadful, violent, sexist, amazingly wonderful fairytales.

These tales were, for the most part, written when the world was a far different place, and men and women had clearly defined roles, and abuse was an accepted, fundamental aspect of daily life.

In Europe women were property. There was no doubt in anyone’s mind that this was the way it should be, and as property, they were to be protected and rescued as may be needed. It was a time of hunger and famine—the Little Ice Age had descended upon the northern hemisphere, crops frequently failed and disease was rampant.

There was a great deal to fear out there, and it was important to protect what was yours.

Once you understand the historical context of the times these tales were written, you understand why a prince who must prove his worth should be required to perform heroic deeds to gain the hand of a princess who is a valuable prize worth risking his life for.

You are not required to approve of the misogyny and misandry that is represented in the surface story—only to understand that society has vastly evolved over the last thousand years, and these tales are proof of that evolution. That is only the over-story—the structure that carries the real underlying truths about good and evil, truth and lies.

That deeper part of the story is called an allegory—something that only becomes apparent on further observation by the reader.

The tales I grew up on, that were such scary and yet entertaining stories were written originally during at time when:

Discrimination of either sex aside, there is a deep message in these tales. Folk and fairy tales remain the foundations of our storytelling society because while they are simple on the surface, when you examine them in a spiritual sense you can see the deeper meanings—the allegories. 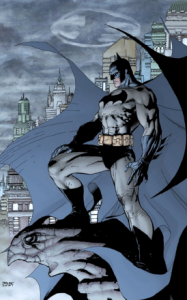 The most memorable fairytales are simple stories that everyone knows is only a fable, but is one everyone has read or heard. We remember them because of the hard kernel of truth that lies encapsulated within the entertainment of seeing the ugly duckling become the beautiful swan, or beast become a good man through the power of love.

Everyone loves a happy ending. When times are hard and it seems like the wolf is at the door, we need to know that better times lie ahead, to think that perhaps this time Grandma will eat the wolf.

We learn the power of hope and perseverance through fairytales and fables—we learn that if a person just keeps trying, the underdog can win the day.

It is that yearning for the power of good to defeat the minions of evil that powers our most iconic of modern myths—the modern superhero.

This article by Connie J. Jasperson was first published July 15, 2015  on Edgewise Words Inn, Alternate Realities and Food for Thought, a meeting place for  readers and authors.

4 responses to “#Fairytales: Myth and the Power of the Allegory”