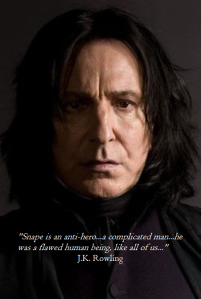 Several years ago, I posted on a writer’s responsibility in regard to portraying morality in his/her work. I think some of those ideas are worth rehashing.

Much of what I discussed back then still stands: When we write a tale that involves human beings, it is likely morality will enter into it at some point.

What is our responsibility as authors, when it comes to telling our tales?  Do we sugar-coat it and pretend our heroes have no flaws, or do we portray them, warts and all?

For myself, I gravitate to tales written with guts and substance. Works like L. E. Modesitt Jr.’s Scion of Cyador, where the hero is a man who struggles with ambition and the desire to have it all. He is a dutiful son, devoted lover, and loyal soldier, gifted with great ability that he must keep secret. He is also a cold-blooded murderer with an unspoken agenda, a man completely devoted to salvaging what he perceives as all that is good and beautiful in his world regardless of the cost. What (or who) does Lorn have to sacrifice in the end to achieve his ambition? And what toll does it take on him in the end?

I said this in my post three years ago, and I still say it: give me the Flawed Hero over the Bland Prince any day.

In my book,  Huw, The Bard, I describe a murder, committed in cold blood.  I take you from what is the worst moment in Huw’s life, and follow him as he journeys to a place and an act which, if you had asked him two months prior, he would have sworn he was not capable of committing. This terrible deed is not the lowest point in his tale.  It is, however, the beginning of his journey into manhood.

Does my writing the story of this reprehensible act mean I personally advocate revenge murders?  Absolutely not.  But I have lived for 62 years, and my view of morality is that of a person with some experience of life. Personally I believe  no human being has the right to take another’s life, or do harm to anyone for any reason.

Still, I write stories about people who might have existed, and who have their own views of morality. When writing, my characters stories don’t always follow the outline I had in mind for them. They sometimes go in directions I never planned for them to go, which throws my whole story-arc into disarray until I figure out how this new development fits.

In my first completed novel, I never intended for my main character and a companion to fall in love. They did though, and that took the story in a direction that was a surprise to me–and I think was one of my favorite side-plots.

In each story I write, I try to get into the characters’ heads, to understand why they make the sometimes terrible choices that change their lives so profoundly.

Some flawed heroes’ stories end well, and some don’t–those whose ends are less than happily are the tragic heroes. 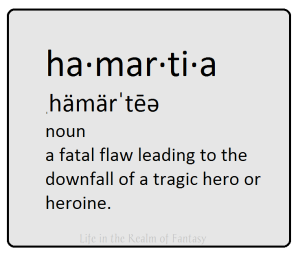 Pepperdine University’s website says this about the tragic hero:

“Tragic Flaw (Hamartia): the tragic hero must “fall” due to some flaw in his own personality. The most common tragic flaw is hubris (excessive pride). One who tries to attain too much possesses hubris.”

I believe authors have a responsibility to tell the best story they are able to tell, even if they are only writing for their own consumption.

This means sometimes I stretch the bounds of accepted morality, and make every effort to do it, not for the shock value, but because the story demands it.

I write stories for entertainment, yes. But more than that, I want the tale to remain with the reader after they have finished it. If I am somehow able to tap into the emotions of the moment, and bring the reader into the story, I have achieved my goal.

My life is a constant journey to the land of knowledge. I seek understanding, and sometimes I think I have a grasp on it…but not quite. More lessons await.

I am learning the skills of story-telling.  More than anything I want my work to  stand up and measure well beside the works of my literary heroes such as Tad Williams, Marion Zimmer Bradley, and George Saunders, great authors who describe terrible moments and conflicts of morality with such grace and understanding.

This may happen, or it may not, but I won’t stop trying because with every tale I write, I grow as a writer.

I read the words penned by those who have attained mastery of this skill, I am awed, and fired with the knowledge it can be done.

2 responses to “#amwriting: Morality and Conscience”