Several indie books I’ve read lately impressed me with the sense of atmosphere the author managed to pack into their work, and the sense of place. 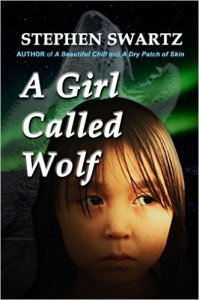 The book I am currently reading  is a contemporary novel,  “A Girl Called Wolf” by Stephen Swartz. In the opening chapters, Swartz’s Greenland has a harsh, ethereal quality. The environment is shown as unearthly, beautiful, and deadly, as are the people. The story of his protagonist Anuka (later called Anna) and her early life stands out sharply against the nearly cinematic backdrop, yet Swartz shows it with an economy of words.

Later, when Anuka is forcibly taken to civilization, that village and its poverty, as compared to her prior life, is clear in the reader’s head. It is seen through her eyes, although the villagers themselves don’t see themselves as poor in comparison–just the opposite. Swartz manages to get that across without overstating it: it simply is.

Conveying the mood of a piece and evoking a real sense of place is where artistry and skill on the part of the author comes into play. A book can be a simple recounting of events, or it can be an immersive experience. When a reader can see the world, feel the wind or sun, that author has created ‘place.’

In literature, ‘atmosphere’ has a broad meaning, covering both the overall emotional mood of a piece and the setting as described by the mention of objects and furnishings of a room, or the visual cues that fill the larger environment.

Think about the “Harry Potter“ books: we know Hogwarts as well as we know our own home because J.K. Rowling not only showed us the furnishings and the building itself, she showed us the emotional mood of the residents. She did this through her protagonist’s eyes. 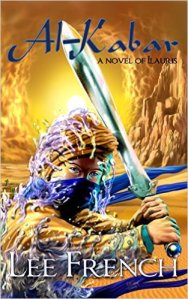 A completely different kind of book from “A Girl Called Wolf,” is  “Al-Kabar” by Lee French. The tale is set in a mythical Persian-type of world, Ilauris.

“Al-Kabar” is unabashedly a fantasy, clearly a world of its own. As Stephen Swartz does with his work, Lee French conveys the world through her protagonists eyes. Fakhira’s world of Ilauris is harsh, and in this book, it is the characters that make it so. Fakhira experiences the world, and the reader does also, right alongside her.

What I like about Lee French’s approach in this tale is the way she conveys the environment: you the reader know this world because the protagonist knows it.

When it is done right, the emotional mood of the characters combines with the setting to create an atmosphere that pulls the reader in, making them forget they are reading. The trick is to dole out the scenery and the emotion as  needed. Treat them as you would the historical background information. If the character doesn’t need to know it at that moment, it probably does not belong in the scene. 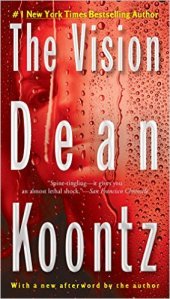 Dean Koontz is a master at this. Take this quote from “The Vision”, published in 1986:

The woman raised her hands and stared at them; stared through them. Her voice was soft but tense. “Blood on his hands.” Her own hands were clean and pale.

Show us what the character sees, and feels. Show us only what needs to be there to advance the story. If the character doesn’t need to know it at that moment, it probably does not belong in the scene.

This aspect of the craft is what I am working on in my own writing.

Filed under Self Publishing, writing