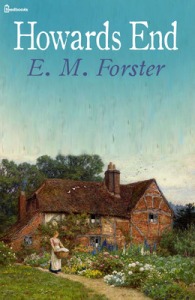 E.M. Forster was one of the great English novelists. He was also a short story writer, essayist, and wrote librettos. Forster was considered a master of creating ironic, well-plotted novels that examined class difference and hypocrisy in early 20th-century British society. He really understood how to structure a novel or short story.

That is the absolute truth. You can tell that story baldly, but without a plot, the above story is only a casual commentary on the death of two monarchs.

I am not good at winging it when it comes to plotting a novel. I find it helps me to spend a day or two thinking about the story as a whole, how it begins, how it ends, and why it went that way. While I am brainstorming, I write an outline to use as a framework to guide the story. I may not keep to the outline exactly, but the plot points occurring at each of the four quarters will be met, to maintain momentum and not inadvertently introduce inconsistencies.

Inside every good story that seizes the reader’s imagination, there is an arc to the action within the plot, and when it is graphed out, it forms an arc: the story arc. My outline will provide me with the framework for this story arc.

The story begins with the opening act, where the characters are introduced, and the scene is set. It then kicks into gear with the occurrence of the “inciting incident,” which is the first plot point. It occurs around the ¼ mark and triggers the rest of the story. It is “the problem,” the core conflict of the story. This is where the protagonist is thrown into the action and is also where they first find themselves blocked from achieving the desired goal.

Even if you open the story by dropping the character into the middle of an event, you will need to have a pivotal event at the 1/4 mark that completely rocks his/her world. The event that changes everything is what really launches the story.

Following the inciting incident is the second act: more action occurs which leads to more trouble, rising to a severe crisis. At the midpoint, the protagonist and friends are in grave difficulty and are struggling. Within the overall story arc, there are scenes, each of which propels the plot forward, moving the protagonist and antagonist further along the story arc to the final showdown. Each scene is a small arc of action that illuminates the motives of the characters, allows the reader to learn things as the protagonist does, and offers clues regarding things the characters do not know that will affect the plot.

Those clues are foreshadowing. Through the first half of the book, foreshadowing is important, as it piques the reader’s interest, and makes them want to know how the book will end.

At the midpoint, another serious incident occurs, launching the third act and setting them back even further. Now they are aware that they may not achieve their objectives after all. Bad things have happened, and the protagonists have to get creative and work hard to acquire or accomplish their desired goals. They must overcome their own doubts and make themselves stronger.

Midpoint is also where we get to know the antagonist and learn what the enemy knows that the protagonists do not. We discover his/her motives and what they may be capable of.

By the end of the third act, the protagonists are getting their acts together. They are finding ways to resolve the conflict and are ready to commence the final, fourth act, where they will embark on the final battle. They will face their enemy and either win or lose.

By the end of the book, all the threads have been drawn together and resolved for better or worse. The ending is finite and wraps the conflict up.

No matter how many or how few words you intend to write, your story arc should work the same way. I do this all the time with short stories, because if you know what has to happen at what point in a narrative, you can develop the characters and write each section to that point.

In genre fantasy and science fiction, we often have story arcs that evolve and take place across multiple volumes. If you are writing the first novel in what you plan to be a series, it must have a finite ending, regardless of how many books you plan to follow. Even a famous author should obey this rule.

Out of respect for the time the reader has spent reading your work, do not leave them hanging. A second volume can have a less conclusive ending, but the first and the third books must end well or at least finitely. Readers will want to buy that second book simply because of the characters you have created and the great experience they had reading the book they just finished.