Today is the final installment in my series of interviews with working authors who are also teaching writing craft. This has been a wonderful series, as each approaches the craft from a different angle, and my final guest has a great deal to offer. 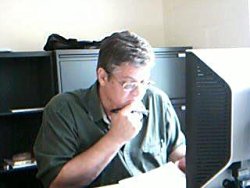 A little background on today’s guest, author Stephen Swartz. He is a Professor of English at a major Midwestern university, and is a world traveler, often spending his summers teaching in Beijing, China at the University of International Business and Economics. Also, he is the author of numerous short stories and novels, and is a fellow founding author of Myrddin Publishing. He has also published poetry and written for scholarly journals on the subject of composition and identity, linguistics, and psychology.

CJJ: What do you enjoy the most about teaching?  Conversely, what would you change about your job if you were able?

SS: I’m rather parental when it comes to teaching. I like seeing my students become excited about writing and push themselves to explore their potential. I enjoy seeing their writing improve paper by paper, not only technically but also in showing their deeper thought processes. As it is, there are constraints on what I think would be best when it comes to writing instruction. Partly, it is a matter of budgeting, enrollment, and accreditation requirements. It is also a matter of what students are interested in career-wise; many do not think they will need to write in their careers. So I have limitations I must work within. And, of course, each semester brings a new mix of students so I must constantly adapt the lessons to accommodate them; it really is like reinventing the wheel. Writing fiction keeps me balanced.

CJJ: As you know, many authors are writing for children, preteens (middle-grade), and YA. In a comment on this blog recently, you said, “Meanwhile, the style (I think) should match the nature of the story and especially the mindset and education level of the narrator.” Can you expand on that idea a little?

SS: What I think I meant was in reference to the sophistication of the language the narrator of a story uses. That’s the author’s responsibility. If the narrator of a story is well-educated (for example, see my vampire novel A Dry Patch of Skin), he would speak in a well-educated manner, with sophisticated style and a large vocabulary. A less educated character (or a child) would speak differently, using simpler vocabulary and often incorrect sentence constructions. A foreign character speaking English would have similar language limitations; the dialog should show those limitations. However, we cannot let the language be too authentic if doing so would cause the reader difficulty. I once wrote a character who was supposed to speak with a Scottish accent; the result was rather bad. Having just enough (a particular repeating word or phrase) to hint at the accent would have been enough. I’ve been fortunate to have both studied linguistics and foreign languages as well as listened to speakers of varying ages and accents. I lived in Japan for five years and teaching English there taught me how non-native speakers “butcher” the language. I think I captured that effect well in my novel Aiko, set in Japan. Besides formal training, I also think I have a good ear for speech and so I do my best to replicate the character’s way of speaking based on the real speaking I’ve heard. 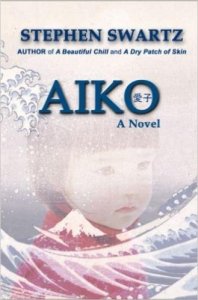 CJJ: You have published eight books, in a variety of genres, and are now finishing up an epic fantasy novel (of EPIC proportions!). Yet, none of your characters have a sameness to them. How do you visualize your characters when you begin to place them in their story?

SS: Excellent question. My answer must, however, be simple. I’m schizophrenic. My mental defect allows me to grab pieces of other people’s lives, behavior, speech, and motivations which I then craft into plausible, even realistic, fictionalized personas. I recognize I have a few stock-in-trade character I use over and over with names changed and perhaps a quirk switched for a different quirk. I suppose I take one of my stock characters and customize him/her for the role I need him/her to play.

The hardest character to write is the protagonist because that character usually starts as a version of myself. The challenge is to let the hero act as the hero would naturally act (following his/her motivations and typical behavior) and not as I, the real me, would likely act. When I wrote out the story of a friend of mine who grew up in Greenland, I was writing a female protagonist—and using the first-person point of view. That novel was based on her life so I could imitate her way of speaking from interviews with her. The challenge for me in writing that novel was to make her language style change from her childhood to her teenage years to her adulthood.

For my current work-in-progress, the epic fantasy, I returned to a basic male protagonist, a hunky dragonslayer, and cobbled together a bit of a movie star, a little of me, and a pieces of other people I know to create the singular hero.

CJJ: In your upcoming novel, EPIC FANTASY *WITH DRAGONS, you portray a variety of races in a fantasy environment, each with unique cultures. What tips can you give in regard to keeping fantasy cultures diverse, and yet not devolving into too much backstory?

SS: Not truly different races, not in the sense that Tolkien has them with dwarves and hobbits. I tried to keep the ethnicity in my story more subtle. Given the setting (no spoilers here), there is a wide variety of “types” among the cast members, not just to make a politically correct checklist but because they mix well in interesting ways. One famous author (I think it was Dostoevsky but it may be a more modern writer) liked to think up unique people and ponder how they might interact if put in a room together. I did the same with my epic fantasy only on the larger stage of the story world.

Regarding the world-building, I cheated a bit in this novel by setting it in a familiar setting (again, no spoilers here). Readers may recognize it eventually but it is not explicitly “given away” in the text. Even so, as I traced the path my hero would take on his quest, I marked certain locations on the map as being “different” societies with unusual customs—not different races or ethnicities. Like all good epic fantasy tales based on a quest, there is a series of episodes—self-contained mini-story arcs, strung together, one adventure after another—so the structure is easy to arrange. Following the geographical layout of the setting, what “can happen” to our hero necessarily changes from location to location.

A better example of world-building may be my science-fiction trilogy The Dream Land, which involves a pair of nerdy teens who discover a doorway to another world—which I created as a fully realized planet with continents, oceans, history and culture, and several different races, as well as unique flora and fauna. The world-building was half the fun of writing those novels; pushing my hero and heroine into this new world and watching them figure things out was the other fun part.

I think the key to “keeping fantasy cultures diverse, and yet not devolving into too much backstory” is to remember that, to the characters in the story, it is all known and common (usually) so they should speak and act toward everything there as though it was all common to them. You have to find creative ways of introducing ideas and details without them coming out as a “Let’s go meet Bill, your cousin, who, as you know, is also my long-lost brother” kind of writing. In my current epic fantasy novel, I can get away with some of that “messaging” because my hero is on a quest and does not know about the places he visits, so having a local character explain things is quite natural. People like to talk, so I let these “local yokels” ramble on and the history and customs of the place come out in a more natural way.

CJJ: In all of your novels, there is a certain amount of world building, even the novels set in contemporary environments. What advice can you give regarding making the settings feel real to the reader while keeping the backstory minimal?

SS: Research, if it is a real place. Read other books about the location, fiction or non-fiction. As I wrote A Girl Called Wolf, which is set in Greenland, I also read a very evocative book on the travels of early explorers written by a woman undertaking her own contemporary travels there. Her writing and descriptions painted such vivid pictures for me that I could describe the locations both accurately and passionately.

The most realistic setting I’ve ever used was my own city in the set in the same year I was writing it. I’m referring to my vampire novel, set in Oklahoma City with places named, set in 2014, when I was actually writing it so what happened in real time happened in the book. That was a fun exercise. But then our hero goes to Europe so I went back to researching.

For make-believe worlds, I think it’s simply a matter of transposing what we know of real locations to an imaginary location. For example, in The Dream Land Trilogy, I would think of an Earth animal and reinvent it as something more exotic: the common mount, a horse, became a 3-toed donkey with a dewlap, stripes on half its body, long rabbit ears, and a rat tail. Similarly, I’m more science-focused so even in a fantasy story I remain concerned with such things as the distance of the planet from its sun and the ratio of land to ocean, and so on. Even in my epic fantasy, a genre where magic is required, I have magic operating on scientific principles but it is explained in highly metaphorical language—but it still looks like magic!

CJJ: Thank you for indulging my curiosity, Stephen. I love talking craft with you around the virtual water cooler at Myrddin, and enjoy your blog, The DeConstruction of the of the Sekuatean Empire.

You can find Stephen Swartz at any of these places: