Every story begins with the opening act, where the characters are introduced, and the scene is set. This is where the author establishes the tone of what is to follow. The intended impact of the book can and should be established in the first pages. In this chapter, we want to:

The best stories then kick into gear with the occurrence of the “inciting incident,” which is the first plot point.

Novels are not unlike a gothic cathedral–they are created of small arcs supporting other arcs, combining to create an intricate structure that rises ever higher. Because the strength of the story arc depends on the foundation you lay in the first quarter of the book, it’s crucial that you introduce a story-worthy problem in those pages, a test that will propel the protagonist to the middle of the book.  This event isn’t the main event, but it gives the reader a taste of what’s in store for them.

My favorite books open with a minor conflict, evolving to a series of ever greater problems, working up to the first pinch point, the place where the characters are set on the path to their destiny.

The inciting incident is where the protagonists first realize they’re blocked from achieving the desired goal. They must find a way around it, and that leads to another crisis scene. The story arc is comprised of scenes, each of which propels the plot forward, moving the protagonist and antagonist  toward the final showdown.

Open with a strong scene, an arc of action that

The clues you offer at the beginning are foreshadowing. Through the first half of the book, foreshadowing is important, as it piques the reader’s interest, and makes them want to know how the book will end.

In the opening, focus on the protagonist and introducing their problem. Subplots should be introduced after the inciting incident has taken place. If you introduce them too soon, they can distract the reader, making for a haphazard story arc. In my opinion, side quests work best if they are presented once the tone of the book and the main crisis has been established. Good subplots are excellent ways of introducing the emotional part of the story. 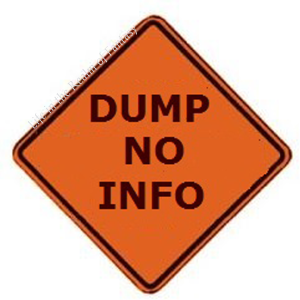 Even if you open the story by dropping the character into the middle of an event, you will need to have a pivotal event at the 1/4 mark that completely rocks his/her world. The event that changes everything is what launches the story.

Following the inciting incident is the second act: more action occurs which leads to more trouble, rising to a severe crisis. For the protagonist, personal weaknesses are exposed, offering the opportunity for growth. At the midpoint, the protagonist and friends are in grave difficulty and are struggling.

Or, if they aren’t, they should be—after all, the struggle is the story. How long do you plan the book to be? Take that word count and divide it by 4—place your first major event at the ¼ mark. The following two quarters are the middle, and if you have set your plot up right, the middle should fall into place like dominoes.