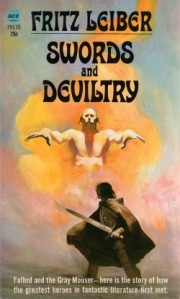 My first NaNoWriMo novel, written in 2010, began with the idea of writing a book Fritz Leiber might write if he were still alive and if he had consumed several hallucinogenic mushrooms. I had just finished re-reading my collection of Fritz Leiber tales, and I had Fafhrd and the Gray Mouser on the brain. These two characters are scoundrels, living in a decadent world where a lack of scruples is a requirement for survival.

The book I produced had no resemblance to Fafhrd and the Gray Mouser and was nothing like anything Fritz would have written. But within the uneven plot and hokey, frequently overblown dialogue lay the bones of a good story.

My participation in NaNoWriMo began in 2010 when a young writer in the Philippines whom I had met through a gaming website mentioned he was going to do this writing challenge. I was intrigued, discovering it was a worldwide contest of sorts, where hundreds of thousands of people began writing a novel on November 1st with the intention of having it finished by November 30.

The catch was, you couldn’t start until 12:01 am on November 1st, and the finished book had to be at least 50,000 words long, but it could longer than that if you needed it to be. And, you had to have it validated by 11:59 PM on November 30th to “win” the coveted winner’s goodies.

Fear of failure had never stopped me from making my life more complicated, so when I signed up, I chose the handle dragon_fangirl.

There was a cabin in the woods.

It wasn’t exactly literary brilliance, but it wasn’t too terrible, and it gave my idea little more form. I just began telling the story as it fell out of my mind. To my surprise, I discovered my word count averaged 2,500 to 3,000 words a day. By day fifteen I knew I would have no trouble getting the 50,000, and by November 21 I had attained the winning number of words.

At the 68,000-word point, I had completed my rollicking tale of snark and medieval derring-do. Of course, it was completely unpublishable, but I didn’t know that until later.

What I did know, was that I had written a complete novel, and told a story that I would have wanted to read. Three years later I realized all it needed was rewriting, editing, revising, rewriting, and putting in a drawer, never to be seen again.

Out of the wreckage of that book came the novel, Huw the Bard.

One rule they tell you at NaNoWriMo is “never delete,” and “don’t self-edit” as you go along. This is all strictly stream-of-consciousness, write it the way you think it. That was hard for me, but I did get into the swing of things eventually.

When I was out lurking on the various threads on the national website, I discovered a contingent of writers who were not trying to write a book that could be published. For them, this was a game they wanted to win at any cost, and their goal was to see how high their word count could get.

One suggestion from them for increasing your word count was to use no contractions.

Let’s be clear: I do NOT recommend this. If you ever want to publish your manuscript, you will have a lot of work ahead of you to make it readable if you do that.

My rules for NaNoWriMo:

This year, I have so far written over 80,000 words. I’ve made headway on a manuscript, set in the world of Neveyah, five-hundred years before Tower of Bones. I have also worked on several short stories, trying to flesh them out and discover who the protagonists are as people. I’ve written some poetic doggerel and a great many words that will never see the light of day. But buried deep within the rubbish are some good words, words that will one day become a novel. 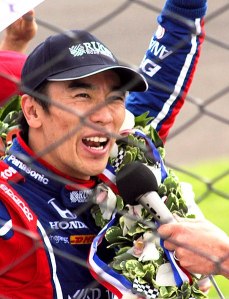 Participating in NaNoWriMo forces me to become disciplined, and forces me to ignore the inner editor, the little voice that slows my productivity down and squashes my creativity.

For those two reasons alone, I will most likely always “do” NaNoWriMo, even when I am no longer able to be a Municipal Liaison.

I love the rush, the thrill of having written something for myself, something that I alone will see and enjoy. But more than that, I love knowing that some of what I have written is good, and is worthy of submission elsewhere. Perhaps one or more of these short stories I have begun fleshing out will be accepted by a contest or magazine.

As Takuma Sato says, “No attack, no chance.”