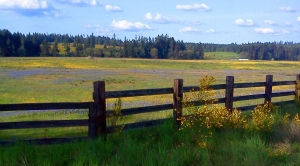 We have discussed the larger aspects of world-building – power structures such as religion and politics. We’ve talked about food, and about how word choices convey imagery which contributes to the reader’s visualization of the written world. Now we’re going to examine the immediate world, the community your character lives in.

If I were writing a story starring me as the main character, I would open it with a couple of 50-something empty nesters moving to a small quarry town, twenty miles south of the state capitol.

But what sort of town is this?

Tenino is a bedroom community; the commute isn’t too bad and homes here are affordable, whereas homes in Olympia tend to be quite expensive. This town has a long history of boom and bust; quarrymen, loggers, and farmers settled here.

Timber is no longer big here. Nowadays our town is famous for Wolf Haven International, sandstone art, crafted whiskey, and wine. We still have a few large cattle ranches out on the Violet Prairie, but 5-to-7-acre executive “horse properties,” llama farms, alpaca ranches, goat yoga, and soap-making classes have found fertile ground here. In the early part of the 20th century bootlegging was an industry here (my maternal grandfather) so having the distilleries is the legal continuation of an old tradition.

It’s an isolated town, filled with quirky, wonderful people, and situated in a valley with heavily forested hills on the outskirts. If a fictional story were set in this town, it would feature the same political schisms that divide the rest of our country. There are other tensions. Some families have been here for generations, and  a few don’t appreciate the influx of low-paid state workers buying cookie-cutter tract homes here.

Other than the few local businesses, most people commute to work in Olympia or one of the other surrounding communities.

My street is a stretch of rough blacktop with no sidewalks. It runs east and west, with a fabulous view of Mount Rainier rising at the east end. It is lined with homes on both sides, but it’s divided. A nicely landscaped mobile home park is on the north side of the street, across from my front door. On the south side of the street is the long row of forty stick-built homes, built in 2005 just before the housing bubble crashed. On my side of the street, the row of homes are nearly identical, as there are only two types of floor plans, one for three bedrooms (mine) or the four-bedroom version.

This makes for a seriously boring-looking neighborhood, so for a few years we had the only house with an orange door.

The day we moved into our brand-new home in 2005, two inches of rain fell, making moving a misery. Our new house rose out of a sea of mud and rocks. With a lot of effort, we made a pleasant yard. When the housing bubble burst, many of the people on my side of the street lost their jobs, and their homes went into foreclosure.

For several years, wherever there were two or more empty houses, it looked somewhat like a ghost town. Also, there was a long period when our house was valued at far less than we paid for it, which meant that had we wanted to, we couldn’t sell it.

My town has one grocery store, which carries the basics, but their produce is awful, and you really have to check the pull dates on things like eggs, hummus, and cottage cheese. It’s more affordable to shop in Olympia.

We have a historic district, where the buildings are all built from sandstone quarried at the old quarries. Many of the old buildings are home to antique stores. The masonic lodge is made of Tenino sandstone.

The city park is a pleasant place to go on a hot Saturday afternoon, with a large public swimming pool in one of the flooded quarries.

It’s a nice place, a quiet town with several large Baptist churches, a Catholic church, and a large number of small off-shoot fundamentalist churches. Alas, those of us of the Lutheran persuasion must go to Olympia to find God.

Odors are important. The meat department at the grocery store smokes their own ribs and other cuts, and the wind carries the scent all over the neighborhood. When they mow the fields at the edge of our town the smell of cut hay fills the air.

During the day when I go outside, I can hear the children playing at the school. In the evening, the neighborhood is filled with the sounds of kids playing in each other’s yards.

Other familiar sounds are the traffic on Highway 507, and the horns sounding from the trains passing at the west end of town. Annoyingly, helicopters from the nearby military base sometimes buzz our town—flying low over our roofs, shaking the houses, rattling dishes in the cupboards.

It’s the perfect setting for a paranormal fantasy or a murder mystery. 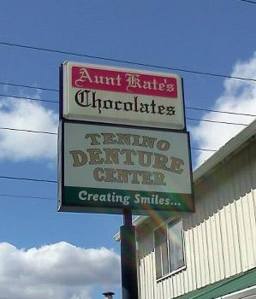 Your characters subtly identify with the community they live in. Small town or large city, village or hut in the forest – where they are from shapes how they think, how they see the world. This is true of fantasy and sci-fi stories as well as murder mysteries and thrillers.

Ambient sounds, odors, places the characters regularly frequent—these form the general environment, the setting of your story. This is the immediate world, the world of community.