Writing Through the Perilous Times #amwriting 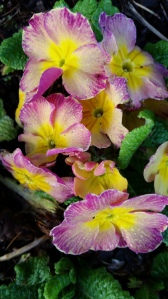 We live in difficult times. You might be temporarily unemployed unless your work is the sort where you can telecommute. My husband falls into the “work from home” category. My brother does not. Like many others, he is mostly unemployed once again.

If you live in Washington State, you have some help available. They’re small, but better than nothing. Our governor immediately put our fallback resources in place, trying to help our struggling workers and our healthcare system.

Governor Jay Inslee is doing all he can with our state funds, but (at this writing) whether the federal government will do the right thing by us or not remains to be seen. Closed-door meetings don’t bode well for small businesses and health care.

Historically, writers living in perilous times have produced some of the most enduring works. Samuel Pepys (pronounced “Peeps”) was a typical privileged man of his era, cruel to his servants and predatory to women. He did, however, leave a diary that detailed his experiences in both the Great Fire of London and the Plague of London 1665 – 1666.

“This day, much against my will, I did in Drury Lane see two or three houses marked with a red cross upon the doors, and ‘Lord have mercy upon us’ writ there; which was a sad sight to me, being the first of the kind that, to my remembrance, I ever saw.”

And Wikipedia, in their article, The Black Death in Medieval Culture, tells us:

In addition to these personal accounts, many presentations of the Black Death have entered the general consciousness as great literature. For example, the major works of Boccaccio (The Decameron), Petrarch, Geoffrey Chaucer (The Canterbury Tales), and William Langland (Piers Plowman), which all discuss the Black Death, are generally recognized as some of the best works of their era.

La Danse Macabre, or the Dance of Death, was a contemporary allegory, expressed as art, drama, and printed work. Its theme was the universality of death, expressing the common wisdom of the time: that no matter one’s station in life, the dance of death united all.

It consists of the personified Death leading a row of dancing figures from all walks of life to the grave – typically with an emperor, king, pope, monk, youngster, beautiful girl, all in skeleton-state. They were produced under the impact of the Black Death, reminding people of how fragile their lives were and how vain the glories of earthly life.

The earliest artistic example is from the frescoed cemetery of the Church of the Holy Innocents in Paris (1424). There are also works by Konrad Witz in Basel (1440), Bernt Notke in Lübeck (1463) and woodcuts by Hans Holbein the Younger (1538). Israil Bercovici claims that the Danse Macabre originated among Sephardic Jews in fourteenth century Spain (Bercovici, 1992, p. 27).

The poem “The Rattle Bag” by the Welsh poet Dafydd ap Gwilym (1315–1350 or 1340–1370) has many elements that suggest that it was written as a reflection of the hardships he endured during the Black Death. It also reflects his personal belief that the Black Death was the end of humanity, the Apocalypse, as suggested by his multiple biblical references, particularly the events described in the Book of Revelation.

Thomas Nashe also wrote a sonnet about the plague entitled “A Litany in Time of Plague” which was part of Summer’s Last Will and Testament (1592). He made countryside visits to remove himself from London in fear of the plague.

Plagues and natural disasters are cyclical events that in our modern times affect us on a global scale, making our watery planet seem smaller. 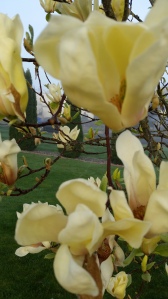 My friends in the UK and all over the world are going through much the same shortages, worries about loved ones, and social distancing as we are here at Ground Zero. Our society and how we interact at public gatherings will be forever changed by this experience.

Our writing will have a depth of understanding we didn’t have before. On a personal level, we who have been comfortable and secure will understand the fear of not being able to find what we need in our grocery stores.

We will understand how truly fragile the supply system is and find ways to work safely with it.

We will know the worry of knowing an invisible predator lurks outside the door, or perhaps within….

We will understand what the lack of resources for the hospitals and clinics we depend on truly means in a time of crisis.

In experiencing this calamity, we are gaining an understanding of what we write and the truth about how societies react to large external threats.

Write upbeat, write downbeat—but write. Take a break from your novel and write short works if you are inspired.

If nothing else, let this time of trouble be the fertile ground from which great works emerge.

The Diary of Samuel Pepys, excerpt from the entry 7 June 1665, by Samuel Pepys. Public Domain. First published edition of the diary, deciphered by Rev. J. Smith, edited by Lord Braybrooke, published in two volumes in 1825.

10 responses to “Writing Through the Perilous Times #amwriting”