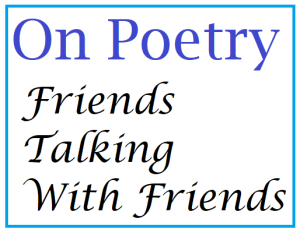 Welcome to a special Thursday edition of Life in the Realm of Fantasy. Last weekend, I asked three friends who write poetry, Stephen Swartz, Shaun Allan, and Maria V.A. Johnson to each answer the same 5 questions. It’s amazing how differently they have answered.

Part 1, Stephen Swartz can be found if you click on this link.

For the second installment in this 3-part series, my dear friend, poet and novelist Shaun Allan, has consented to talk to us about his writing life and how important the medium of poetry is to him.

The following Haiku is one written to a prompt posted in our publishing group’s chat room:

The Soldier on the Bridge by Shaun Allan

CJJ:  When did you begin to write poetry?

SA: I had an assistant once. She wanted to be in a band – she could play the sax very well – which could have been useful as she was pretty much useless at her job. She wrote songs when she should have been working, for example. I’d only ever written fiction up until then (apart from an article about my hometown), and she challenged me to write a song.

I had a go. It was a poor excuse for a song, but it wasn’t a bad poem. My fiction writing had tailed off a bit. I wasn’t in a very good point in my life at the time. I hadn’t written anything at all for a whole year. That not-quite-song prompted something. I was seeing poetry everywhere. I’d go out on site (I worked and still work on an oil refinery) and so many things I’d look at or work on would prompt something.

I was in a ‘dark place’, something that became the title for my first anthology. Most of my poetry was introspective, therapeutically bringing out the shadowy parts of my mind. I still write that type of poetry even now, though I’m in a much better place. I’ve also written a couple of books of children’s Dr. Suess-inspired work, which brings the light to the darkness.

CJJ: What is your favorite form, rhyming or free?

SA: I only recently got into Haiku. I hadn’t written any before this year, now I love it. I have a couple of collections of horror stories that are almost all 31 (creepy) words, so am used to evoking moods and ideas with only a few words. As such, I’ve found it quite easy to write the 5/7/5 format.

I edge, though, towards free verse. At any point, the poem will take the form it does. In most cases, I don’t plan to write one more than another, it’s just as it comes, but it tends to be free verse more than anything.

CJJ: For me, poetry becomes an emotional catharsis. Where do you find the emotional strength to write and publish something as deeply personal as poetry? 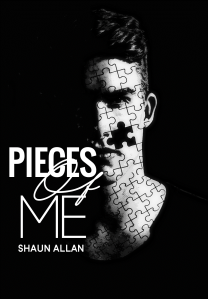 SA: I totally agree. Writing Sin was much like this too. In my poetry, with the exception of most of the children’s work, it is very much a peek into my fears. I’ve spent a lot of my life feeling like an outsider. Not so much now, but the remnants are there. I find it easy, and sometimes comforting, to enter the frame of mind where I can write the poetry I do. It’s often dark. Perhaps this is also why I write horror so much. It’s like I take a step away from the world and look inside.

CJJ: We all write what we are in the mood for. Which literary form, novel or poetry is easiest for you today?

SA: I think, now I’m actually thinking about it, poetry is easier. I have lots of ideas for stories and, when I sit down to write, I don’t find it too difficult (especially once I get going) to produce the story. With poetry, however, almost every poem is written immediately and without edit. If I have a prompt or an idea, I can sit down or pick up my phone and just write it. If the prompt is for Haiku, then it’s haiku. If not, it can take any form. Whichever it is, I don’t seem to have a problem. If I do, on very rare occasions, need to write one for something (such as the death of a relative), I might have to think of the first line, but the rest always flows thereafter.

CJJ: What are you currently working on?

SA: Oh, so many things. I could even say too many things! The novel I’m currently writing is called HERO. It’s about the only boy in a world of superpowers, who is ‘normal’. He desperately wants powers like everyone else – and goes to dangerous lengths to try and get them – because he wants to be the new kind of normal. Things don’t go to plan and he discovers you don’t need to be able to fly to be a hero.

I’m also 75% of the way through a book called Into Darkness, about a killer who goes inside his own mind to stop the dark part of himself. Add to that a mostly written origin story of the Queen of Hearts (think Wicked), my second book of 31 creepy words stories, a book about a surgeon who fakes illnesses in people so he can harvest tissue, and at least 3 more, I’m quite busy.

Then there’s my ongoing poetry book Pieces of Me.

I need to clone myself or find a way to fit 48 hours into a day!

On Monday, Maria V.A. Johnson has agreed to talk about writing poetry from an autistic person’s perspective. And, for next Wednesday,  I may have an interview with a Northwest author who writes children’s poetry–that is still in the works, but keep your fingers crossed!

The Soldier on the Bridge, Shaun Allan © 2020 All Rights Reserved, used by permission. 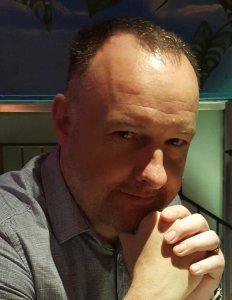 Shaun Allan is a Wattpad Star, featured author and Wattys winner.  Having appeared on Sky TV to debate traditional vs electronic publishing against a major literary agent, he writes multiple genres but mainly delves into his Dark Half to produce psychological horror.  He has worked with Warner Brothers, Universal, Goosebumps, Blumhouse and DC Comics, working with such movies as The Purge: Anarchy, Sinister II, The Boy, Incarnate, IT and A Quiet Place and holds writing workshops at local schools.  He lives with his wife, two daughters, two dogs and two cats, but isn’t building an ark.

He works full time and also owns a barbers salon.  He writes between his heartbeats as it’s the only spare time he gets!

Shaun Allan is the author of the bestselling psychological thriller/horror Sin, the ‘savage and beautiful’ And the Meek Shall Walk, and commissioned for the movies, Mr. Composure (The Purge: Anarchy), Suffer the Little Children (Sinister 2), Whispers (The Boy), Tender Walks the Demon (Incarnate), The Loser’s Club (IT) and Voice (A Quiet Place).

5 responses to “On Poetry: Interview with Shaun Allan @singularityspnt #amwriting”