We all want to create intense moods and evoke a strong atmosphere in our work. This can range from subtle hints to full-on Sturm und Drang, but the intention is to captivate the reader either way.

What is Sturm und Drang? The English translation is literally Storm and Stress.

Sturm und Drang, as a literary form, evolved during the time of the American Revolutionary War. This was an era of global unrest and great hardship, especially in Europe. The main feature of Sturm und Drang is the expression of high emotions, strong reactions to events, and rebellion against rationalism. It is characterized by intense individualism and complex reactions.

Classical literature in this style began in 1772 with “Prometheus,” a poem by Johann Wolfgang von Goethe. The character of the mythic Prometheus addresses God (as Zeus) in hatred and defiance. Misotheism is the hatred of God or the Gods, stemming from a moment in a person’s life where one feels the gods have abused and abandoned him.

One can’t hate what one doesn’t believe in, so misotheism requires a firm belief in a God or Gods.

Wikipedia tells us: Prometheus is the creative and rebellious spirit which, rejected by God, angrily defies him and asserts itself; Ganymede is the boyish self which is adored and seduced by God. One is the lone defiant, the other the yielding acolyte. As the humanist poet, Goethe presents both identities as aspects or forms of the human condition. [1]

Literature and music written in the style of Sturm und Drang were meant to shock the audience, inundating them with extremes of emotion.

A parallel movement occurred in the visual arts. Artists began producing paintings of storms and shipwrecks, showing the terror and irrational destruction wrought by nature. These pre-romantic works were fashionable in Germany from the 1760s on through the 1780s.

Alongside these frightening landscapes, disturbing depictions of nightmarish visions were gaining an audience in Europe. Goethe and many of his contemporaries admired and purchased paintings by artists like Henry Fuseli, horror-scapes intended to frighten the viewer. 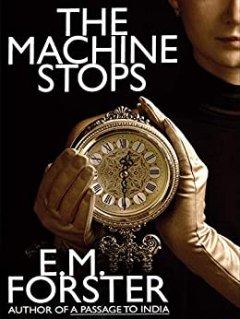 So, this brings me to the subgenre of cyberpunk. One of the earliest science fiction short stories to feature a dystopian society was “The Machine Stops,“ written by E. M. Forster. It was published in The Oxford and Cambridge Review (November 1909).

In cyberpunk, we see many of the features of classic Sturm und Drang but set in a dystopian society. The deities are technology and industry. Corporate uber-giants are the gods whose knowledge mere mortals desire and whom they seek to replace.

And, just like all demi-gods, when an exceptionally strong and clever protagonist does manage that feat, it’s business as usual. They are no better than the gods whose thrones they have usurped.

Wikipedia defines cyberpunk as a subgenre of science fiction in a future setting that tends to focus on the society of the proverbial “high tech low life“  featuring advanced technological and scientific achievements, such as information technology and cybernetics, juxtaposed with a degree of breakdown or radical change in the social order. [2]

Cyberpunk began as a niche rebellion by authors like Phillip K. Dick. It is now considered mainstream speculative fiction and has a large audience.

Works in this genre are always set in a post-industrial dystopian world with deep divisions in the strata of society. Some have a specified caste system of sorts, but most people live in extreme poverty in all cyberpunk tales. There will be a small middle class, and at the top, a few of the strongest, most powerful people hold incredible wealth. These societies have fallen into extreme chaos, which is the driver of the story.

The MacGyver Effect is utilized to the fullest in these stories: protagonists acquire and use technology in ways never anticipated by the original inventors. A central trope of this genre is “the street finds its own uses for things.”

In cyberpunk, the atmosphere is dark, heavily film noir. It is fast-paced, atmospheric, and alcohol is heavily abused. It is often sexist, although strong feminine cyberpunk is emerging. The prose usually has a pared-down style reminiscent of 1950s detective fiction. Street drugs are cheap and are the relaxation of choice in many cyberpunk novels. 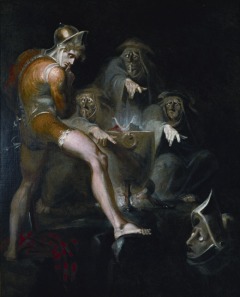 Many authors whose works appeared in the early days of cyberpunk were indies hoping to go mainstream. Their short stories appeared in popular sci-fi magazines because visionary editors risked their jobs and reputations by accepting and publishing work that their readers could have rejected.

The success of those short works piqued the interest of agents and larger publishers, enabling them to sell their longer work.

We indie authors are fortunate. We have a lot of latitude in what we choose to write. We can write and publish edgy work that would be turned away by traditional publishers, who would pass on it because it might not be a commercial success.

Authors who engage in artistic rebellion will often find great success — but usually, this comes after they are dead.

The Machine Stops by E. M. Forster, published in the Oxford and Cambridge Review by Archibald Constable, 1909. Amazon LLC cover, published 05-15-2021, fair use.