The Depths of the Word-Pond – Word Choice #amwriting

The depths of the Word-Pond we call Story are clouded and visibility is poor. Who knows what creatures prowl down here, waiting for their next meal?

Exposition, the Kraken of the Deep is down here somewhere, lurking. How will we get out of here alive?

In a balanced narrative, some exposition is essential in order to provide context. How much is inserted and how it is delivered is what makes or breaks a story. The same goes for those subversive packets of inadvertent exposition: adverbs.

Some newly converted zealots loudly repeat mantras uttered by their personal gurus, whispering prayers to the demi-god Elmore Leonard– an author whose advice was good, but who would be surprised to learn he’s been elevated to such heights, his short list of advice turned into a holy text. The crusaders can be recognized from a distance because they’re all standing on soapboxes shouting, “If it sounds like writing, rewrite it. Kill every Darling who uses an adverb!”

That kind of devotion is short-sighted. Words like “later,” or “everywhere,” or “never” or “alone” are adverbs. Do these well-meaning fanatics really believe they can write decent prose with no adverbs whatsoever?

As with all religious cults, there is a solid kernel of truth to that arrogant fixation, but to think you can ban exposition and adverbs from the narrative completely is a delusion. Chuck Wendig, in his post The Danger of Writing Advice from Industry Professionals, says,

“And so the advice really should be, don’t use adverbs or adjectives when they sound awkward, or when they fail to tell us something that we need to know.” [1]

Other Word-Choice Mantras bring discord to the ranks of the newly converted. The word ‘very’ comes in for a lot of abuse in writing groups and writers’ chat rooms.

Suppose you decide to simply eliminate every instance of the word “very” because you have discovered you overuse it. You are savvy—you understand your word-processing program well and know all the shortcuts. You open the navigation pane and bring up the advanced search dialog box. In the ‘Replace With’ box you don’t key anything, because you know this will delete the word and are convinced this will eliminate the problem and tighten your prose.

Before you click ‘replace all’ consider three common words that have the letters v-e-r-y in their makeup:

Deleting every instance of ‘very’ could mess things up on an incredibly large scale. Context is everything. Take the time to look at each example of the offending words and change them individually. You’ve already spent a year or more writing that novel, so why not take the time to do it right?

“Actually” is another word to look at individually. Perhaps you have been told it is a ‘weed word,’ and, feeling mocked by the more experienced authors in your writer’s forum, you experience a nearly uncontrollable gut reaction to eliminate it entirely in a scorched earth campaign. Before you obey that compulsion, examine the context.

Have you used the word “actually” in a conversation? If so, you may want to keep it, as dialogue must sound natural, and people use that word in conversation.

Just as the laws of physics break down at the center of a Black Hole, the inviolable laws of grammar break down in conversations. And, just as gravity still rules, keeping chaos constrained in the singularity, punctuation still reigns in conversation, holding our sentences together.

Now that we have adverbs and religious zealots out of the way let’s continue on with word choice. Words, carefully chosen and used properly, have power. Choosing your words with care and binding them into small packets inserted into conversations is how you distribute your exposition (backstory) without resorting to a blatant info dump. Dole it out in small portions, delivered only when the reader needs to know it.

We choose words with power. In English, words that begin with hard consonants sound tougher and therefore carry more power.

Verbs are power words. Fluff-words and obscure words used too freely are kryptonite, sapping the strength from our prose.

Across the lines of straighter darker trees, (Birches, by Robert Frost 1916) [4] 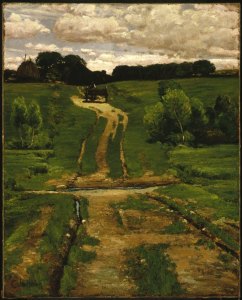 Poets know and use all the above word choice concepts to convey large ideas and entire stories with a minimum of words.

How we add depth to our prose without adding kryptonite involves verb placement and using ordinary words that most people know and don’t have to look up in a dictionary. Craft happens when you combine those common words in unexpected ways, forming extraordinary passages.