One character archetype that is critical to any story is the villain. Christopher Vogler, in his brilliant book, The Writer’s Journey, Mythic Structure for Writers, shows us how the villain of a piece represents the shadow. They are the character who shows us the energy of the dark side, and whose influence on the protagonist must be fully explored.

The shadow represents our own darker side. Great villains bring ethical and moral dilemmas to the story, offering us food for thought. The hero may recognize the darkness within herself and struggle to take the higher road.

The best stories are when the protagonist must face and overcome the shadow on a deeply personal level as well as succeeding at the quest. This places her in true danger.

The best shadow-characters are multidimensional. Great villains have many layers, and not all of them bad.

Characters portrayed as evil for the sake of drama can be cartoonish. Layers must support their actions, or the villain is not believable.

I think of these two-dimensional villains as little “Skeletors.” Skeletor is a cartoon villain with one of the least believable storylines.

Skeletor has great passion and drive, but it’s all noise and show. His ostensible quest is to conquer Castle Grayskull so he can obtain its ancient secrets. Possession of these would make him unstoppable, allowing him to conquer the world of Eternia.

But his character is hollow, and his storyline is simply one long declaration of his villainy. In reality, Skeletor’s sole purpose is to give He-Man a reason to draw his mighty sword and proclaim, “I have the power!”

It was a fun cartoon, but these characters were originally conceived as a means of selling toys.

In the illustrated books released with the first series of toys, He-Man was a barbarian from an Eternian tribe. The planet’s inhabitants were dealing with the aftermath of the Great Wars, which devastated the civilizations which once ruled supreme. The wars left behind advanced machinery and weaponry, known only to select people. An early incarnation of the Sorceress of Castle Grayskull gave He-Man some of these weapons, and he set out to defend the secrets of Castle Grayskull from the evil Skeletor.

He-Man possessed one-half of the Power Sword; Skeletor had the second half, and used it as his main weapon. When joined, the two halves of the Power Sword will provide the key to Castle Grayskull (this is why the two figures’ swords could combine into one, when the action figures were initially released). In one early illustrated story, He-Man and Skeletor united their two Power Sword halves to form the true Power Sword, defeating a common enemy.

(…) By the time the animated series was developed, He-Man’s origins had been revised: his true identity was Prince Adam of Eternia, son of King Randor and Queen Marlena (an earthling), who ruled the Kingdom of Eternia on the planet of the same name. The Sorceress of Castle Grayskull endowed Prince Adam with the power to transform into He-Man, which Adam did by raising his Power Sword and proclaiming, “By the power of Grayskull…” Once the transformation was complete, he continued “…I have the power!”.

What is your goal? Are you selling toys? If so, a token villain serves the purpose. However, if  writing a memorable story, you need a character with history.

Great villains have deep stories. They may have begun life as unpleasant people and even may be sociopaths, but they become “evil” through a series of formative steps. No one wakes up some morning and says, I am evil. I will now go out, gather some minions, and do evil things.”

Look at one of the greatest villains of all time, a character who represents the worst humanity can offer: Hannibal Lector: (via Wikipedia)

Lecter’s pathology is explored in greater detail in Hannibal and Hannibal Rising, which explains that he was traumatized as a child in Lithuania in 1944 when he witnessed the murder and cannibalism of his beloved sister, Mischa, by a group of deserting Lithuanian Hilfswillige, one of whom claimed that Lecter unwittingly ate his sister as well.

Villains must have a back story to explain their villainy or a quest that is as important to the story as the Hero’s quest.

In the Tower of Bones series, light and dark (good and evil) are represented through two different theologies. Both societies believe in the righteousness of their gods. Both have rituals they perform to appease their deities. The people of both worlds believe firmly that their way and their deity is the only true way.

When we write a story, we want the protagonist’s struggle to mean something to the reader. We put them through hell and make their lives a misery. The characters in our stories aren’t going through the horrible trials alone. The moment we begin the story, we are dragging the reader along for the ride.

We owe it to our readers to give them rounded, believable characters, hero or villain.

What turned the villain to the darkness? What events gave them the strength and courage to rise above the past, twisted though they are? What drives their agenda? What do they hope to achieve?

We who write novels can’t offer the reader hollow, cartoonish characters. If we don’t give the shadow hints of depth, we have failed.

We must make their ultimate victory evoke great relief in the reader, joy that all is made right.

The reader has survived, and the victory is as much theirs as it is the hero’s.

Skeletor-spoo: Fair Use, for identification of and critical commentary on the television program and its contents. DVD screen capture from the She-Ra: Princess of Power episode “Gateway to Trouble,” where Skeletor is offered a bowl of Spoo. Wikipedia contributors, “He-Man,” Wikipedia, The Free Encyclopedia, https://en.wikipedia.org/w/index.php?title=He-Man&oldid=916702029 (accessed September 22, 2019).

#amwriting: Villainous motivation (or why should they bother?)

You have a hero.  He/she is awesome. Your beta readers love him/her.

You have a villain. Unfortunately, your beta readers find him/her murky and hard to believe, so they don’t really understand your story. What is their problem?

The problem is not with the beta readers – you haven’t gotten a grip on that villain yourself, and therefore the antagonist has no motivation for being evil other than possessing a bastardly disposition, which doesn’t make a really compelling story.

“the world is stalked by relentless evil”

So now we have an overly simplified concept of evil.

First of all, very few people are evil for no reason at all. They want something, and are willing to do nearly anything to gain it. The best villains lack compassion. Why do they lack this basic human emotion? It could be they are narcissistic and are incapable of empathy, exhibiting it only when they gain something by displaying feigned compassion.

Most people who are considered evil by society are highly narcissistic. BPDcentral.com defines a narcissist as a person who:

Our villain is determined to have his own way at any cost, and to that end he/she is Manipulative. In their personal relationships they will:

It is important to understand that villains want to win at any cost, and sometimes have no concept of what they will do once they achieve their goal, as they haven’t thought that far ahead. They are completely focused just on winning.

Now that we know what our villain is like as human being, we know that most likely greed and/or a lust for power is what is driving this person.

Your task as an author is to clearly define what goal this person has set for themselves and why they believe they deserve to achieve it. 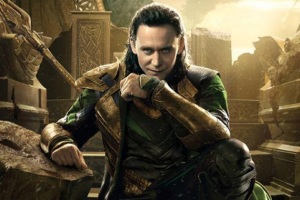 Many villains don’t walk on screen as full-blown supervillains, especially in contemporary fiction and romances. They appear innocuous, even loving. You will want to slip small clues for the reader about their personality into the narrative in the beginning pages:

The villain is often the most complex character you will write. They must be multilayered or they can appear cartoonish.  If their goals are clearly defined and their actions in keeping with their personality, you will have a good enemy opposing your protagonist.

Whether you are writing fantasy, sci-fi, westerns, romance, or any genre of fiction, chances are you will have a villain. It is your task to make that villain come to life, and to that end, you need to know how they think and why they think that way.

10 Techniques Used by Manipulators (and How to Fight Them), Jessica Stillman, contributor. © Inc.com July 18, 2016