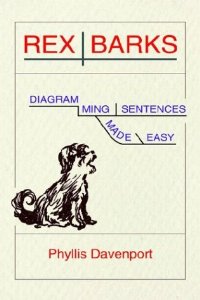 I am a product of 1960’s American public school system.  The foundation of my knowledge of the English language is that of American English from forty years ago.

When I was a student in elementary school and even in high-school, we “diagrammed sentences,” and in doing so, it was thought that we bored students would learn the proper way to write a compound sentence, and even to combine our sentences into paragraphs. Had I ever paid attention in class, I suppose I would have learned something.

Alas, I spent more time staring out the window, or reading my contraband ‘Lensman Series’ books concealed inside my textbooks than I did studying.

Sentence diagramming is defined as a method of grammar instruction that relies on a standardized framework of lines and branches to reveal the syntactic structure of a sentence.

Years and years spent diagramming sentences and at the end of it all I had learned little, if anything, about grammar. Even in high-school I had no clue what the diagram meant or why we were doing it. It was like hearing Merlin mumbling a magic spell. I didn’t understand it, but I knew it must mean something.

But I could quote lengthy passages from any of Tolkien’s works.

Many people still swear by this arcane and mysterious craft. There are entire websites devoted to teaching grammar to people blessed with  more patience and free time than I. If you are interested, here is one I came across:

Over the years, as I’ve become a professional writer, I have learned what I know about my craft by not only experiencing the editing process, but by availing myself of both the Chicago Manual of Style, and Strunk and White’s Elements of Style. I have also invested in many books written by editors and famous authors, all in my quest to write as well as I can.

In the last year I have noticed a plague of sorts–a plethora of hyphens and dashes, as annoying as a wall of italics and they show up in both indie and traditionally published works.  I don’t really like them, as a reader, but I find myself using them almost habitually. I have resolved to break that habit. 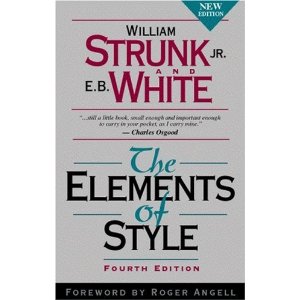 In informal writing, such as notes or Facebook posts, hyphens and dashes are common, and are like the ubiquitous ‘F’ word–one hardly notices it anymore. (See?)

Hyphens and dashes are used in several ways. One is the ‘en dash’, which is the width of an ‘n’. It is written space hyphen space.  Another is the ’em dash’, which is the width of an ‘m’. It is written this way: word–word (or word dash dash word) and when using the MS-WORD program for word-processing, it makes a long dash. The en dash seems to be more British, and em dash more American, but they have become interchangeable.

I have read an amazing number of books written by wonderful authors who all seem to use em or en dashes in lieu of proper punctuation when they are trying to emphasize a particular thought.  I also tend to do that in blogging and in Facebook posts, but I hate to see it used in a novel.  I DON’T like them because some authors rely on them too heavily. It is too distracting to see an em dash in every paragraph or even on every page. If we think about it, it is like any other repetitive word in a manuscript. It is useful to emphasize certain ideas, but needs to be used sparingly and creatively.

Properly, an author should use a comma, a semi colon, or a period to create that dramatic break, because too many em dashes are like too many curse words: they lose their power when used too freely.  Lynn Truss, author of Eats, Shoots and Leaves: the Zero Tolerance Approach to Punctuation, has been quoted as saying “People use the em dash because they know you can’t use it wrongly—which for a punctuation mark, is an uncommon virtue.”

So what are these alternative forms of punctuation to create that dramatic pause? 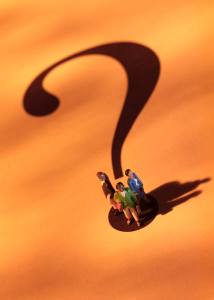 PERIOD = a full stop. End of Sentence. That’s all folks.

COLON: Use the colon after a complete sentence to introduce a list of items when introductory words such as namely, for example, or that is do not appear.

Hyphens, en dashes and em dashes are like crack. Authors and editors become addicted to using them. Perhaps this plague of dashes has occurred because they don’t understand the basic rules of the road regarding periods, colons and semi-colons.

I love this quote from a wonderful blog on the website Slate.com. The blog post, called “The Case—Please Hear Me Out—Against the Em Dash,” is by the witty Noreen Malone, staff writer for The New Republic:

“What’s the matter with an em dash or two, you ask?—or so I like to imagine. What’s not to like about a sentence that explores in full all the punctuational options—sometimes a dash, sometimes an ellipsis, sometimes a nice semicolon at just the right moment—in order to seem more complex and syntactically interesting, to reach its full potential? Doesn’t a dash—if done right—let the writer maintain an elegant, sinewy flow to her sentences?”

That wonderful paragraph says it all for me.  I will have to work harder to develop my writing chops, and find ways to set certain phrases off within the framework of a sentence without resorting to the hyphen, the dash, the em dash or the en dash. 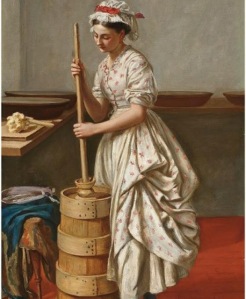 7 responses to “Dash it all”