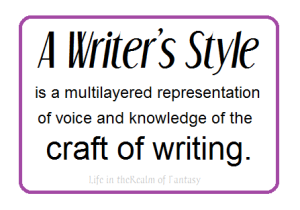 Compound words are frequently a source of grief when I receive my manuscript back from my editor. Despite my best efforts, unless I am on my toes in the writing process I habitually hyphenate words that should not be hyphenated.

Most people know that a compound word is a combination of two or more words that function as a single unit of meaning.

Most people also know that there are two types of compounds:

But there is a third group, and they are the bane of my writing life–those mysterious, ephemeral denizens of the deepest corner of writer’s hell, called open compounds. These seemingly innocent instruments of torture are written as separate words–the nouns “school bus” and “decision making,” for example.

Fortunately, the English language has rules to guide us when deciding if it’s one word, two separate words, or a hyphenated word:

Do not use a hyphen unless it serves a purpose. If a compound adjective cannot be misread or, as with many psychological terms, its meaning is established, a hyphen is not necessary.

The American Psychological Association  style guide gives of these examples:

Use a hyphen in a temporary compound that is used as an adjective before a noun.

We also use hyphens for compound words that fall into these categories:

We hyphenate words that could be misunderstood when there are diverse meanings if they’re unhyphenated:

We hyphenate words in which the prefix ends, and the base word begins with the same vowel:

The problem is unless you are a technical writer, how often are we going to use those terms? Hence, the confusion when we DO use them.

Get It Write online says, “One way to decide if a hyphen is necessary is to see if the phrase might be ambiguous without it. For example, “large-print paper” might be unclear written as “large print paper” because the reader might combine “print” and “paper” as a single idea rather than combining “large” and “print.” Another such example is “English-language learners.” Without the hyphen, a reader might think we are talking about English people who are learning any language rather than people who are learners of the English language.”

A good rule to remember is most words formed with prefixes and suffixes are written as one word with NO hyphen.

When I am laying down prose in the first draft, my natural inclination when writing these words would be to hyphenate them, but that is wrong, and my editor always kindly reminds me of this.

When in doubt, it is wisest to look the word up in an online dictionary to see the various different ways it can be combined. Just go to:

What it all comes down to is this—when editing for another author I am able to see these things clearly. In my own work–it’s like my finger has a twitch that absolutely MUST add a hyphen to compound words that should remain separate, and separates words that should be joined.

This is why the editor has an editor for her own work.

When do you need to use a hyphen for compound words? The American Psychological Association, http://www.apastyle.org/learn/faqs/when-use-hyphen.aspx accessd June 25, 2017

Compound Words: When to Hyphenate, Get It Write, Nancy Tuten and Gayle Swanson  http://www.getitwriteonline.com/archive/042703compwdshyph.htm, 2017

Tagged as compound words, how to use hyphens, proper use of hyphens, writers toolbox, writing craft