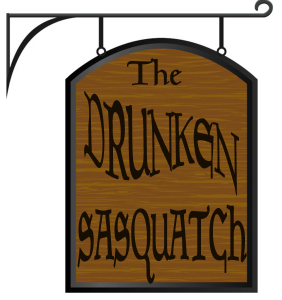 When I was planning my manuscript for NaNoWriMo and the month of November, I had intended to write nothing but short stories.

Unfortunately, the inspiration I had lacked for the rough draft of my current novel-in-progress (set in the Tower of Bones world of Neveyah) struck me at 2:30 a.m. on November 1st, taking us to the mid-point crisis in that story.

As a result, I have written the entire second quarter of that epic fantasy proto-novel, nearly 22,000 words in total over the last six days. But that is how NaNoWriMo sometimes goes for me. I plan to be a rebel, and end up following the rules.

On December 1st, I will copy those new chapters from my NaNo Manuscript and paste them into my original rough draft. Once that is done, the new words will bring the total up to around 60,000 words.

If all goes as planned, I will spend the rest of this month writing short stories, and won’t get back to that story until December 1st.

But as you may have noticed, things don’t always go as planned. When inspiration strikes, you must write, as some stories simply burn to be written. Write when you feel the passion, and you will have done your best work.

The creative process is different, from person to person. I use daydreaming and visual art to fire up the creative muse. With these prompts, I have little trouble getting submerged in my work.

As every writer knows, sometimes finding inspiration for what I am supposed to be working on can be elusive. But some random image or phrase will trigger my imagination. At that point I switch gears and write whatever that story is.

During most of the year, I usually have three manuscripts in various stages: one unfinished first draft, one in the second draft stage, and one near the finish line.  Every day I write new words on my rough draft first thing in the morning, unless I have an editing contract. By ten a.m. I move on to work on the others. Focusing on my rough draft first allows me to come to the more finished stories with a different, less biased eye.

At the end of the day, when my creative mind is tired, I find myself alternating between playing my game and adding a few words here and there to my rough draft.

But during November, my writing time is wholly devoted to writing new words. By the end of the day, my brain is fried, and my creative genius has died an untidy death.

As a result, some of my NaNoWriMo ramblings are brilliant—just ask me and I will tell you so. However, the majority of them not so much.

But every word I write can and will be recycled into something better, something useable, and something worth reading. In writing this stream-of-consciousness prose, I’m getting the ideas down before I forget them.

In 2015 and 2016, the manuscript I patched together for NaNoWriMo was like a quilt made up of short stories. This year’s manuscript will be a patchwork too. It will be made up of scenes and vignettes, parts of stories mingled with complete stories.

This jumble is like a bank, but instead of a place to keep money, it’s a depository of ideas and concepts for short stories, flash fictions, and essays. I will come back to this convoluted mish-mash of genres and prose again and again, whenever I need the core of a new story.

The first 22,000 words of this year have been different from the previous two years, in that my work has been a continuation of an established work-in-progress. However, I have now come to a stopping place. 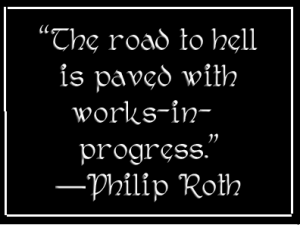 Now I am experimenting with point of view through short stories. I thought of the perfect plot in which to use the little flâneur that lurks in all of us. Yes, I am leaving the fantasy genre for a brief stint in literary fiction. Besides the flâneur, I have an idea for the story of a woman, navigating the shoals of social ostracization because of her husband’s conviction for embezzlement.

Once those are done,  I will return to fantasy with an installment of Bleakbourne on Heath, and a short story set in Neveyah, the world where Tower of Bones is set.

As my homage to paranormal fantasy, I have the idea for another Dan Dragonsworthy story, set in the Drunken Sasquatch, the neighborhood tavern favored by Seattle’s ‘alternate’ population.

If I have time, Astorica, my gender-bent alternate universe, may see another flash fiction.

I have so many ideas and this month of madness is the time for me to get them all down. In fact, I’ve been talking to you long enough—I have to get back to writing!