The Functions of the Scene #amwriting

A great story consists of a beginning, a middle and an end, and is made of scenes. We have action, emotion, ups and downs, a plot all sewn together by the thread that is the theme. But the entire structure of the novel is built scene by scene, connected by transitions.

Scenes may consist of conversations, or they may be action sequences, but put them together in the right order, link them with a plot featuring a good protagonist and a worthy antagonist, they combine to form a story.

I perceive the scene as a small area of focus within a larger story with an arc of its own, small arcs holding up a larger arc: the chapter. So, scenes are the building blocks of the story. Strong scenes make for a memorable novel and we all strive to make each scene as important as we can. Therefore, no scene can be wasted. Each scene must have a function, or the story fails to hold the reader’s interest.

Some things a scene can show:

Make one or more of these functions the core of the scene, and you will have a compelling story.

Let’s examine a watershed scene that occurs in the Fellowship of the Ring, book one of J.R.R. Tolkien’s Lord of the Ring series: The Council of Elrond. The scene is set in Rivendell, Elrond’s remote mountain citadel.

Each of those characters attending the Council has arrived there on separate errands, and each has different hopes for what will ultimately come from the meeting. Despite their different agendas, each is ultimately concerned with the Ring and protecting the people of Middle-earth from the depredations of Sauron, if he were to regain possession of it. This scene serves several functions:

Information/Revelation: The Council of Elrond serves the purpose of conveying information to both the protagonists and the reader. It is a conversation scene, driven by the fact that each person in the meeting has knowledge the others need. Conversations are an excellent way to deploy needed information. Remember, plot points are driven by the characters who have the critical knowledge.

The fact that some characters are working with limited information is what creates the tension. At the Council of Elrond, many things are discussed, and the full story of the One Ring is explained, with each character offering a new piece of the puzzle. The reader and the characters receive the information at the same time at this point in the novel.

Confrontation: Action/confrontation, conversation, reaction. A scene that is all action can be confusing if it has no context. A properly placed confrontational conversation (an argument/dispute) gives the reader the context needed to understand the reason for the action.

At the Council of Elrond, long simmering racial tensions between Gimli the Dwarf and Legolas the Elf surface. Each is possessed of a confrontational nature, and it isn’t clear whether they will be able to work together or not.

Other conflicts are explored, and heated exchanges occur between Aragorn and Boromir.

Negotiation: What concessions will have to be made to achieve the final goal? These concessions must be negotiated. Tom Bombadil is at first mentioned as one who could safely take the ring to Mordor as it has no power over him. Gandalf feels he would simply lose the ring, or give it away because Tom lives in a reality of his own and doesn’t see the conflict with Sauron as a problem. Bilbo volunteers, but he is too old and frail. Others offer, but none are accepted as good candidates for the job of ring-bearer for one reason or another. Each reason offered for why these characters are found to be less than satisfactory by Gandalf and Elrond deploys a small bit of information the reader needs.

Turning Point: After much discussion, many revelations, and bitter arguments, Frodo declares that he will go to Mordor and dispose of the ring, giving up his chance to live his remaining life in the comfort and safety of Rivendell. Sam emerges from his hiding place and demands to be allowed to accompany Frodo. This is the turning point of the story. 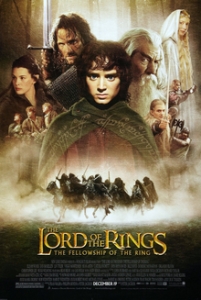 (The movie portrays this scene differently, with Pip and Merry hiding in the shadows. Also, in the book, the decision as to who will accompany Frodo, other than Sam, is not made for several days, while the movie shortens it to the one day.)

So, within the arc of the story are smaller arcs, arcs of conflict and reflection, each created by scenes. The arc of the scene is like any other: it begins, rises to a peak, and ebbs, ending on a slightly higher point of the overall story arc than when it began, leading to the brief transition scene.

Transitions can be as simple as a change of setting, one character leaving the room for a breath of air. They can be hard transitions, the scene ends and with it, so does that chapter. Within a chapter, conversations can serve as good transitions that propel the story forward to the next scene, offering a chance to absorb what just happened. If using a conversation as a transition, it’s important you don’t have your characters engage in idle chit-chat. In literary terms, a good conversation is about something we didn’t know and builds toward something we are only beginning to understand.

That is true of every aspect of a scene—it must reveal something and push the story forward toward something.

With each scene we are also pushing the character arc, raising the stakes a little. Our protagonist grows and is shaped by receiving needed information through action and conversation, followed by reaction and regrouping. This allows the reader to experience the story as the protagonist does, and then to reflect and absorb the information gained before moving on to the next scene.

All the arcs together  form a cathedral-like structure: the novel. By creating small arcs in the form of scenes, we offer the reader the chance to experience the rise and fall of tension, the life-breath of the novel.

Tagged as functions of a scene, scene writing, what comprises a scene, writing, writing craft, writing the scene

2 responses to “The Functions of the Scene #amwriting”