Several conversations in an online writer’s group has inspired me to drag out a  post on the importance of identifying desires and objectives, which was first published in June of 2016. This post contrasts the works of two authors with unique and distinct literary styles: James Joyce and J.R.R. Tolkien.  Although they were contemporaries, born ten years apart, the two authors couldn’t be more dissimilar. And yet their works have one thing in common: the protagonists want something and are willing to to some lengths to gain it.

This is the core of any great novel.

When we sit down to write a story of any length, a novel or flash fiction, we often begin with an idea, and great characters, and little more. To make those things into a story, we must first ask what the protagonist wants, and we must know what she/he is willing to risk in their efforts to achieve it. 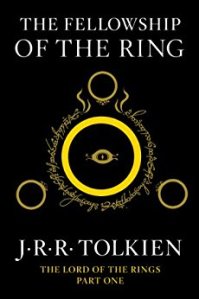 In The Lord of the Rings trilogy by J.R.R. Tolkien, Frodo is just an ordinary young hobbit, with no particular ambitions. On the same day as his older cousin Bilbo’s “eleventy-eleventh” (111th) birthday, Frodo (Bilbo’s heir) celebrates his thirty-third birthday.

At the lavish double-birthday party, Bilbo departs from the Shire for what he calls “a permanent holiday.” He does so by using the magic ring (that he had found on the journey detailed in The Hobbit) to disappear. He is aided in that by Gandalf with a flash and puff of smoke, leading many in the Shire to believe Bilbo has gone mad.

He leaves Frodo his remaining belongings, including his home, Bag End, and after some heavy-handed persuasion by the wizard Gandalf, he also leaves the Ring. Gandalf departs on his own business, warning Frodo to keep the Ring secret. Seventeen years or so pass, and then Gandalf returns to inform Frodo of the truth about Bilbo’s ring. It is the One Ring of Sauron the Dark Lord, and is evil. It forges a connection between the wearer and Sauron, and whoever bears it will be slowly corrupted, eventually becoming a Ringwraith.

From the moment of learning the truth about the Ring, Frodo’s goal is clear to the reader: he must get rid of the ring. In Rivendell, he learns the only way to do so is to carry it into the depths of Mordor and cast the ring into the fires of Mt. Doom.

Frodo wants to achieve this goal badly enough to walk into an active volcano and certain death to accomplish this.

At no point in the narrative is the objective unclear. The path is blocked many times, and each of the characters is tested by the evil ring, some beyond their ability to resist it.

The objective creates the tension, which drives the plot forward.

But what about a book where the goal is not so clear? Let’s talk about Ulysses, by James Joyce.

Ulysses chronicles the wandering appointments and encounters of Leopold Bloom in Dublin, taking place over the course of an ordinary day, 16 June 1904. Ulysses is the Latinized name of Odysseus, the hero of Homer’s Odyssey. Joyce established a series of parallels between the epic poem and his novel. This book has one of the best opening lines of all time:

Stately, plump Buck Mulligan came from the stairhead, bearing a bowl of lather on which a mirror and a razor lay crossed.

Structurally, there are strong correlations between the characters and experiences of Leopold Bloom with Odysseus, Molly Bloom with Odysseus’ long-suffering wife, Penelope, and Stephen Dedalus with Odysseus’s son, Telemachus. It is set in early twentieth century Dublin with the events and political tempests of the time. Themes of antisemitism and the impact of Ireland’s rocky relationship with Britain as it was felt in those days are the underlying pins of this novel. It is highly allusive and filled with allegories.

There is no obvious quest, although many minor quests are completed in the course of living through the day. The book opens with Stephen Dedalus, the first protagonist, having breakfast with Buck Mulligan, who is perhaps a friend, or maybe a rival. Stephen is not Leopold’s biological son as Telemachus is Odysseus’, but he fulfills that role. Unconsciously Stephen wants a father.

But what do they want? It’s James Joyce, so it’s complicated.

Stephen shares his opinions about religion with Buck Mulligan, speaking of how they relate to the recent death of his mother, and Buck manages to offend him. They make plans to go drinking later that evening.

What does Leopold desire? He wants a son. In Episode 4, the narrative shifts abruptly. The time is again 8 am, but the action has moved across the city and to the second protagonist of the book, Leopold Bloom, a part-Jewish advertising canvasser. He and his wife have a daughter, Milly Bloom, who, at the age of 15, has left home to study photography.  As the day unfolds, Bloom’s thoughts turn to the affair between his wife, Molly, and her manager.

He also thinks about the death of their infant son, Rudy Bloom, who died at the age of 11 days. The absence of a son is what leads him to form an attachment to Stephen, for whom he goes out of his way in the book’s latter episodes. He rescues him from a brothel, walks him back to his own home, and even offers him a place there to study and work.

Finally, we come to Molly. Within the city of Dublin, Molly is an opera singer of some renown. She is the mother of Milly Bloom, who, at the age of 15, has left home to study photography. She is also the mother of Rudy, the son who died at the age of eleven days. A significant difference between Molly and Odysseus’ wife, Penelope, is that while Penelope is eternally faithful, Molly is not. She is having an affair with Hugh ‘Blazes’ Boylan after ten years of her celibacy within her marriage.

The final chapter of Ulysses, often called “Molly Bloom’s Soliloquy,” is a long and unpunctuated stream-of-consciousness passage. During the monologue, Molly accepts Leopold into her bed, frets about his health, and then reminisces about their first meeting and about when she knew she was in love with him. It is comprised of some 20,0000 words of her thoughts as she lies in bed next to Bloom. What does Molly want? She wants to be loved.

In The Lord of the Rings, we have a clear and obvious quest, straightforward and seemingly impossible: Destroy the One Ring and save the world.

In Ulysses, we have a group of people who all want something, but just as in real life, what that may exactly be is not as clear as we would like it. But there is an objective: they just want to get through the day and in the process they find they are a family, thus achieving their individual goals.

Once we know what our protagonist wants and what he/she is willing to risk to achieve it, we have our plot.

How we dress it up is up to us—I admit James Joyce’s rambling is too daunting for me to read for pleasure. I had to read it in the environment of a college class to make it all the way through the novel with some understanding of it.

I am a huge fan of Joyce’s magnificent one-liners, though.

History is a nightmare from which I am trying to awake.

2 responses to “Desires and Objectives #amwriting”