The end of NaNoWriMo approaches. Many novels have been written, and many are still incomplete. And when we do finally write the last words, we will get that happy-dance feeling, that moment where the world is singing. 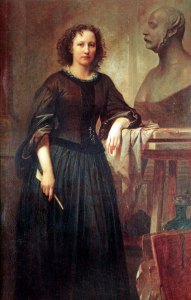 Following that burst of joy, we have the urge to immediately share it. I know it’s tempting, but don’t do it.

We need to gain some distance from our work to see it more clearly, so put it aside. If you work on something else for a couple of weeks, or even a month or two, you will gain a better perspective on what you just finished, and your revisions will bring out the best in your work.

Writers tell me all the time how new and intriguing characters pop up and take their tale in a different direction. Sometime this works out well. Other times, not so much. I floundered for years on my first novel, only to have it never be published.

So, when we do get back to our manuscript, where do we start so we can avoid the failed novel syndrome? I didn’t know the first thing about how to write a novel, which is clear when you look at that old ms.  I didn’t know that we are like sculptors. The first draft is not the finished product–it really is our block of clay.

I know—you see a complete novel, but trust me, others won’t see what you do in it, just yet. When a sculptor sees a block of clay, she also sees what it can become. She begins scraping the layers away, and that is what we must do.

We scrape the layers away scene by scene. As you revise, keep in mind:

If somewhere near the middle you discover that you have lost the overall plot of your novel, remind yourself what the original idea was. This happens to me for several reasons.

First, it can happen because I deviate from the outline, and while my new idea is better, it lacks something. I can

More often, I have to ask myself, did the original quest turn out to be a MacGuffin?

Every story has a quest of some sort. It can be a personal quest for enlightenment or a quest for the Holy Grail. No matter what, the characters want something, and that thing must be sharply defined.

Alfred Hitchcock popularized the name “MacGuffin” in the 1930s. The MacGuffin’s importance to the plot is not the object or goal itself, but rather the effect it has on the characters and their motivations. Many times, it is inserted into the narrative with little or no explanation, as the sole purpose of the MacGuffin is to move the plot forward.

The Maltese Falcon is a classic example of a MacGuffin. The object of the quest might not be the purported “Maltese Falcon” after all, despite the obvious quest to acquire it and the lengths the characters must go to in the process. The true core of the story is the internal journey of both Sam Spade and Brigid O’Shaunessy, two people brought together by the quest, and whose lives are changed by it.

If the quest has become a MacGuffin, the effect that searching for it has on the characters must be clearly shown. The true quest is not for the object. It is for power, love, money, or personal growth and must be given more prominence.

As we are peeling back the layers of our rough draft, what symbolism have we subconsciously inserted into the story that we can work with? Once we identify the symbolic aspect of the plot, we must amplify it. Symbolism is a powerful tool and is part of the subtext that pushes the story forward. In my opinion, one of the most masterful uses of symbolism happens in the film, The Matrix.

In one of my favorite scenes, when Neo answers the door and is invited to the party, he at first declines. But then he notices that Du Jour, the woman with Choi, bears a tattoo of a white rabbit. He remembers seeing the words: follow the white rabbit, on his computer.

Curious and slightly fearful of what it all means, he changes his mind and goes to the party, setting a sequence of events in motion. The white rabbit tattoo is a symbol, an allegorical reference to Alice in Wonderland, a subliminal clue that things are not what they seem.

What is the deeper story? With each pass through our manuscript, we are sharpening the final product, scraping away from this part and adding over here, rewording and redefining as we go.

Ultimately, we will have exposed the core of our original vision, revealed the parts we couldn’t articulate at first. Some things only become clearer to us as we dig deeper.

This is why, while many people can write, not just anyone can write well. It takes patience and time to cut away the fat and bring out the true story that needs to be told. It also takes practice. Digging the deeper story out doesn’t happen overnight.