Sometimes when I am writing the first draft of a novel, the characters take over, and the plot veers far away from what I had intended when I first began writing it. Even though I am a plotter, this happens because my work is character driven and sometimes, they’re erratic drivers.

When that happens, I have to sit down and look at my outline, then make adjustments. Usually, the ultimate ending never changes, but the path to that place can go quite far afield from what was originally intended. My task at that point is to keep the plot moving in such a way that it flows naturally. The characters must still act and speak as individually as I envision them.

This is called giving your characters “agency” and is an integral aspect of the craft of writing. Allowing your characters to make decisions that don’t necessarily follow the original plot outline gives them a chance to become “real.”

Many times, the way to avoid predictability in a plot is to introduce a sense of danger early, a response to an unavoidable, looming threat. How our characters react to that threat should feel unpredictable. When you let them act naturally, they will emerge as real, solid characters.

In literary terms, “agency” is the ability of a character to surprise the author, and therefore, the reader. If, when you are writing them you know their every response, it can feel canned, boring. Their reactions must surprise you occasionally.

For me, there are times when my characters drive the keyboard, making their own choices. Other times, they go along as I, their creator, has planned for them. Ultimately, they do what I intend for them, but always they do it their own way and with their own style.

Plotting, for me, means setting out an arc of events that I will then create connections to. Because my characters act independently, the order of events changes. New events are added. My plot outline must continually evolve with them so that I don’t lose control of the arc, and go off on a bunny trail to nowhere. This evolution of the outline happens because as I get to really know my characters, they make choices that surprise me.

When I begin planning a new novel, plotting is important because introducing an unavoidable threat early limits the habit I have of writing too much backstory. Plot outlines don’t allow much time for the characters to go about “life as normal” rather than going on an adventure. “Normal” is boring. 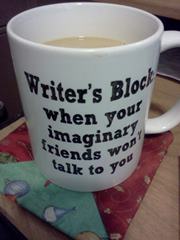 As they move through the events leading toward the final showdown each character will be left with several consequential choices to make in each situation. Allowing the characters to react to each incident that takes them out of their comfort zone is good.

The final event will happen in a situation where they have no choice but to go forward. By that point, their personalities are fully formed. How they react feels natural, because they have been growing as human beings over the course of the story.

Consequences are the most important aspect of any story when it comes to the choices my characters must make. I say this because if there are no consequences for bad decisions a character might make, everyone goes home unscathed and I won’t have much of a story.

So, while I am an outliner and plotter, I do fly-by-the-seat-of-my-pants to a certain extent. Those moments are beautiful, flashes of creativity that make this job the best job I ever had.

8 responses to “Plotting and Agency #amwriting”