@authorLeeFrench, Collaborating with another author #amwriting

Today I’m continuing my series on productivity, featuring a guest post by USA Today bestselling author, Lee French. Lee not only writes as a solo author, but she has two co-authors with whom she writes. These collaborations produce widely different work.

Besides writing bestsellers, Lee is a regional municipal liaison for NaNoWriMo. She travels a lot, working the tables for Clockwork Dragon at as many conventions as she can fit into her schedule, publishes several books a year and produces new short stories every month for her website and fans. Despite this vigorous schedule, she remains true to her commitment to only publishing the best quality work. One way she does this is by working closely with other authors.

Lately, I’ve come to the opinion that the future of indie publishing is collaboration in one form or another. We get more done when we work together with a team outlook. One form of collaboration is co-authoring. I’ve worked with two different co-authors, Erik Kort and Jeffrey Cook. These are two quite different people, but they share similar strengths. Which is great, because those strengths cover for my weaknesses.

I met Erik on an online role-playing forum using bulletin-board style called Myth-Weavers. It’s a community of people playing games like Dungeons & Dragons as collaborative writing, often because finding an in-person group of 4-6 people with adult obligations who can all meet at the same time on a regular basis is challenging. At the time we first began playing in a game together, Erik and I lived a few hundred miles apart. He had college. I had a preschooler and another on the way. I never would’ve met him in my daily life.

Over the years, we gravitated toward each other as players because we had similar writing styles and narrative preferences. I found joy in working with him. We first decided to give a shot at writing books together after a game called The Greatest Sin folded due to real life obligations. He ran the game as the GM and I played a character named Chavali. After it folded, we had a chat conversation that began with expressing our mutual disappointment and ended with both of us admitting we didn’t want to give up on the story or Chavali. By this time, I’d published my first book, Dragons In Pieces, and he’d started his first book in earnest, Children Without Faces (as Erik Marshall). We both knew we wanted to pursue publishing as a job. I don’t recall who said the words first, but we both eagerly jumped into the idea of an epic fantasy series with these ideas neither of us could abandon.

Jeff and I met under quite different circumstances. By the time I first encountered him, I’d already published five books and had several more in the pipeline. He had a similar number already also. We met at an event he’d organized, of a group of authors hanging out at a geeky restaurant, enjoying good food and trying to sell a few copies of their books. I attended the event because I’d first heard about it too late to request to participate.

At that point, I’d participated in one group reading but otherwise had no idea what to do at a book event.

Being me, I flipped through books and made strangled attempts to engage in conversation with the authors present. Some were pushy, which I had hard time extracting myself from. Jeff was not pushy. I chatted with him and picked up one of his books on my kindle because he was nice and pleasant to talk to. After I’d read the book (Dawn of Steam: First Light, which is not at all my usual sort of reading material), I decided I liked the cut of his jib, so to speak. The next time he needed a ride to a show we’d both signed up to work in Portland, I offered to transport him.

Two hours, the duration of the drive from my home to Portland, is a fair amount of time to be stuck in a car with someone. Twice. On the ride, we chatted about writing and books, and all kinds of other things. We chatted during the event. Then we chatted on the way home. I helped him with some annoying story ideas, and he helped me with some of my own. Instead of feeling drained when I got home that evening, I felt energized, like I could write a book before going to bed.

We decided to work several more events together, then invited a few friends and turned it into Clockwork Dragon, a formal indie author co-op with its own bank account and centralized tax payments for all of us. At this point, we work 25-30 events per year, selling each other’s books.

But we didn’t decide to write a book together until the first time we took a road trip to Indianapolis, Denver, and Kansas City. Jeff and I spent 5 weeks on the road with nothing better to do than talk. Some days, we drove for fourteen hours. Rather than sit in silence or just listen to the radio, we decided to hatch a mad scheme to co-author books. We’d both done it before with other people and knew generally how to work it. Our collaboration started with a nonfiction book about how to work event tables, a task we both felt (and still feel) completely qualified to teach. Working the Table: An Indie Author’s Guide to Conventions came together swiftly and easily with a minimum of fuss. That led us to dive into fiction collaboration with Nova Ranger Academy, a standalone military superhero novel.

Both Erik and Jeffrey are excellent plotters and researchers who love doing those things, but not especially swift writers. I’m less enthused by either plotting or research, but I can bang out a book like it’s nothing. As such, my collaboration model with both relies upon initial conversations about theme, characters, and basic ideas. They go build the setting and plot, then I take what they’ve built and write the book. They read through the first draft and make revision notes, then I take those and fix things.

Other models exist and are equally valid. Some folks alternate writing chapters, using two different POV characters. Others might have one person writing a first, bare-bones draft, then the other person threading in description, setting, and other subtleties. And so on. Anything is possible. 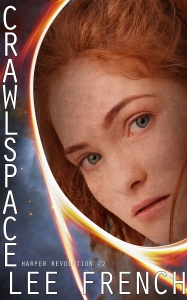 Whatever division of labor you choose, be clear about it. Don’t leave anything vague or unexplained. Discuss all the phases of the book, from concept to publication. Who will format it? Who will handle the royalties? Will it be a 50/50 royalty split, or is one person really doing much more of the work? Who will buy print copies if you go to an event? Who’s responsible for the cover? Proofreading? Editing? Getting beta feedback? Revising with that feedback? Writing the blurb copy? Setting up advertising? Will there be an audio edition, and who will handle that and how? What happens to the Intellectual Property when one of you dies?

Above all, look for someone you can work with. Co-authoring books is a professional arrangement that lasts as long as the books are available. In the indie world, that’s effectively for the rest of your life. Don’t get into an agreement with someone you don’t like or can’t stand working with just because they’re more successful than you. Get to know them and consider a test run of a novella or short story to see if your work styles match.

Lee French is a USA Today bestselling indie author of over two dozen fantasy and science fiction books across a variety of subgenres. Her newest release is Crawlspace, the sequel to Porcelain, a YA space opera portal fantasy about aliens, wormholes, eating disorders, Marines, laser guns, and family.

Link to The Fallen (with Erik): books2read.com/u/3GXXpm

5 responses to “@authorLeeFrench, Collaborating with another author #amwriting”