@JasperTScott on Burnout and Productivity #amwriting

Today’s post features USA Today bestseller, Jasper T. Scott, who has agreed to talk with us about his approach to productivity, and how he deals with something that affects all professional authors: burnout.

When you go back and read Jasper’s author blog, you will see that he has written his way through some of the roughest experiences life hands us. So, I asked him two questions, which he was kind enough to answer.

CJJ: Do you feel pressured to constantly produce new work?

JTS: Yes, I do feel pressured, but that’s because I am the sole provider for my family, and I have a responsibility to keep a relatively stable income. The only real way to do that as a writer is to keep churning out new books! But I consider myself fortunate because anyone else in a 9 to 5 will stop making money immediately if they stop working ;). Also, no one can fire me! Job security is unparalleled in this career.

CJJ: How do you deal with those dry spells we all have and still keep to your publishing schedule?

JTS: Dry spells… I had my first in 5 years at the start of this year. I was blocked and courting burnout after a hectic release schedule last year. So, I gave myself a break and took the pressure off. I still finished a book, but it was about 2 months later than it could have been.

Another strategy is to take a break, do something unrelated and inspiration will strike when you are least expecting. Driving around doing errands, doing the dishes, going for a walk… those are all helpful activities when you’re stuck!

Jasper made two important points, reminders that really resonated with me. First, he reminded us that anyone who stops working stops earning money.

THAT is an important concept that productive authors seem inherently able to understand.

Second, he reminds us that dry spells are temporary, and everyone has them. He diverts himself and writes his way through them, and that is how I handle them too.

I promise you—having two kids with epilepsy means I’ve blogged my way through everything from a kid having brain surgery to the same kid having a stint in the regional burn unit. That is what life handed us, and while we wish it were different, we’re used to it and know it could be so much worse.

It’s important to know that every author has a life outside their writing, and we each experience life’s triumphs and tragedies, some worse than others. The loss of a loved one, a terrible illness, a car accident, these kinds of days are life altering.

But just as in every other kind of job, we deal with days ruined by minor aggravations—telemarketers calling, the internet going down, bad weather, bad traffic—life hands us aggravating days. Maybe we aren’t as productive that day as we could have been, but working productively, whether working as a programmer, building houses, or writing books is a matter of discipline and ignoring the aggravations.

These rough patches affect us differently, but one thing writers have in common is the way we handle things. We lose ourselves in our work. We take that pain and confusion and subconsciously, we turn our emotions into a story that others will want to read.

In an earlier post, I mentioned that Amazon has placed an added burden on all authors, not just indies. This is called Rapid Release Publishing, and what it means is, if you publish once  a month, Amazon’s algorithms will give you a better slot in the rankings. It can be a short story, a novella, or a novel—just something new every 30 days.

That is a tough schedule, even if you are mostly publishing short stories and novellas. Discipline and a strong work ethic are required, and while I personally do have those qualities, I’m not a good keyboard jockey, so I write slowly.

Even though I’m slow, I’m able to publish a new book every year because I always have three manuscripts in various stages of the production process. Most days, I will write between 1,000 and 2,000 new words every morning on the unfinished first-draft manuscript. At noon I take a break, and in the afternoon, I spend several hours revising one of the other manuscripts.

At this point, I have a manuscript that is completed and in the final stages. Julian Lackland, the final installment in the Billy’s Revenge series will be published by September. I also have an Alternate Arthurian novel that is nearly finished, and a contemporary fiction novel that is in the beginning stage. When I wake up and have nothing to say on those works in progress, I will work on one of several short stories, or plot a new short story to work on during NaNoWriMo if nothing else.

Cat is both prolific and disciplined. At a conference two years ago, she told me she sits down and writes 1000 new words every day before she does anything else. She was nominated for a Nebula award for her short story, Five Ways to fall in Love on Planet Porcelain.

To be nominated for awards like Cat Rambo, you must write every day.

To be as prolific as Lee French, you must write every day.

To sell over a million books like Jasper T. Scott, you must write every day.

The most productive authors I know write something new every day even when they suffer from a temporary lack of inspiration. If they can do this, we can too. 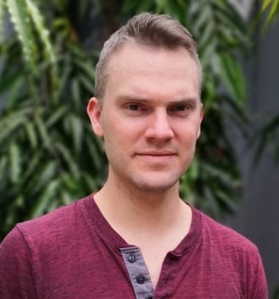 Jasper Scott is the USA Today best-selling author of 18 sci-fi novels with 16300+ total reviews on Amazon and an average of 4.4 stars out of 5.0.

With over a million books sold, Jasper’s work has been translated into various languages and published around the world. Join the author’s mailing list to get two FREE books:

Jasper writes fast-paced books with unexpected twists and flawed characters. His latest project is a series of unrelated standalone sci-fi novels; no sequels and no cliffhangers, with one novel currently published, and five more planned to the end of 2019. Previous works include four other best-selling series, among others, his breakout success—Dark Space, a 9-book-long, USA Today Best-selling epic with more than 12,000 reviews on Amazon.

Jasper was born and raised in Canada by South African parents, with a British cultural heritage on his mother’s side and German on his father’s, to which he has now added Latin culture with his wonderful wife. He now lives in an exotic locale with his wife, their two kids, and two chihuahuas.

For more information check out the author’s website at: https://www.jaspertscott.com/

9 responses to “@JasperTScott on Burnout and Productivity #amwriting”