Prepping for NaNoWriMo: Building the Novel 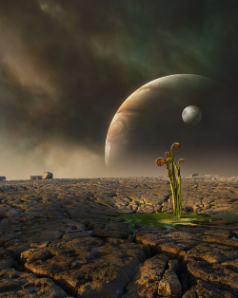 I have found that prepping well for NaNoWriMo really gets me in the mood to write.  I start with  the idea of the novel, and write a blurb for a book I would like to read:

A retired fighter pilot and leading researcher in the field of adapting plants to alien environments,  Professor Elena Brend has been invited to continue her work at the University on the distant colony-world of Alpharse.

But all is not as serene as she had been told–the ecology of Alpharse is both fragile and dangerous.

Handsome shuttle-pilot, Braden Langley wants more of Elena’s life than she is willing to give and she will have to make a decision that could break two hearts.

Two factions within the community now fight for dominance as Alpharse is cut off from the rest of the human worlds.

Can Elena survive in this new world of power, politics and brinkmanship?

Where does this mayhem all take place? This is where I brainstorm the possibilities: I spend hours on the internet researching the physics and the possibilities of each and every technological thing that appears in my work. Morgan Freeman, Michio Kaku and Stephen Hawking are my friends, but the best hard facts are found through scouring the internet.

Alpharse is a colony world.  Humans have begun leaving the Solar System, and have successfully colonized the worlds of fifteen stars near to Sol. The star systems inhabited by humans have remained in contact with each other, but are autonomous and entirely self-governing due to the constraints of distance.  Now humans have begun colonizing a new world, spreading out from Lorann, to Alpharse.  Humanity’s presence on Alpharse has only been established for two hundred years.  Alpharse is still in the terraforming process, and human habitation is still either underground or in the Asteroid Ships that originally brought the colonists to the system.  It was a leap of faith to choose to colonize any new world.

Alpharse is located across the galactic arm from Lorann, and to travel the quickest route involves crossing an area of the galaxy inhabited by the Ernsaa, a race of methane breathing beings who don’t want anyone coming near their worlds. They don’t care who they are, or why they are there, they just don’t want anyone in what they consider their space. The closest route that was a four-month perceived-time trip  is now closed to everyone.  Thus, with the arrival of Professor Elena Brend and the crew of the Barge, and asteroid-cargo ship carrying medical supplies, Alpharse is a two-year perceived time trip from Lorann, but it is 20 years real-time.

CAST OF CHARACTERS:  Who are these people and why should I care about them? I like photos, and have a fairly good idea of who my characters look like. SO, I make a bio of them, a personnel file, complete with pictures of actors who most physically resemble them and who could play them well.  In this case, enter Jamie Lee Curtis and Bruce Willis.

2.       THE ENVIRONMENT:  I draw maps and describe the environment my characters are living in. What does it smell like? What is the most compelling view? What is the worst part of town?

For this tale I will have to consider:

The Cities: Where do my protagonists live? Do they cohabitate? What do they love about their home(s)? What do they find inconvenient?

The Agriculture: In this tale, agriculture is the central topic of conversation, as planoforming is still an ongoing process and will be for at least another 1000 years. WHERE does agriculture take place at the time of this tale? On the surface? In controlled environments? A mix of both?

The Society: Who are the movers and shakers? Who has power, and who wants it? What lengths are they willing to go to gain that power?

The University: Again, what is the internal environment? Where does Elena work and what does her lab look like?Who has power?

The Uninhabitable Terrain: What is the surface of the world like at this time? What makes it dangerous? Can humans breathe the air yet or must they wear protective suits? Are there native organisms, or was it a young world when it was first colonized?

3. THE PROBLEM: This is where it gets sticky. I have created a detailed 3 page description of the plot as it stands now, but in the end, the plot description will change quite radically as the tale unfolds.

Will I somehow miraculously get this tale written during November? After all this work I don’t know.

I have also just had a complete revelation in regard to Valley of Sorrows, the third book in the Tower of Bones series and I may  put Undergrounders on hold until that is done.

If I do change course now, I will have to scrap everything I have done to date on VOS, some 75,000 words, but this idea that came to yesterday is stuck in my head and I can’t get it out until I write it.  The whole book has to be rewritten, and now I’m obsessed with it.