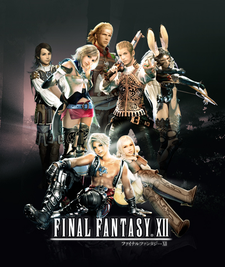 Right now I am writing two fantasies, both based in  the world of Neveyah, which was originally designed for an old-school RPG that didn’t get built.

When I write in Neveyah, I find myself gaming more during my downtime than reading. Dragon Age, Final Fantasy–those are my games.  Anything where I can go out and hack, slash, and throw a little magic around, while great music and wonderful storylines unfold–those are the games that intrigue me.  Anything to get to that all important cut scene!

Not only am I writing the 3rd and 4th books in the Tower of Bones series, I am in the re-editing process for Tower of Bones, the first book in the series. It has been a slow process, as my editor in England has been unwell, and has also had her own wonderful work to write. But it is getting there, and when it is republished, it will be what it should have been when it was originally written.

When I first started this gig, I knew I wanted to be an indie, even though I knew it would be hard, and my sales would be miserable. The point for me was that I could be published and have some control over my work.

What I didn’t realize, is that your friends, wonderful people that they are, are not editors. They don’t really notice anything but the most glaring errors, and they miss a great many of those! Places where you have repeated yourself ad nauseam, and places that are phrased in a confusing way are skipped over.  Large plotholes, clichés, and intriguing auto-correct mistakes get missed when your eager-to-help friends try to edit your work.

You see–very rarely are you BFFs with an editor to begin with–although, through this process, I have become BFFs with MY editors.

Your friends know they don’t like what you wrote, but they don’t know why, so they plow through it as fast as they can just to get the misery done with. They will spot a few problems, which helps, but isn’t going to make your ms readable.

Oh, they aren’t going to tell you that, but they will think it. “This is really different. I’m a little confused about the dog who was an arsonist, but it’s really…unique.”

Do hire an editor. Even if you plan to submit it to a large publisher, do this, so that what you submit will be the best you can offer them.

SO, right now I am working on two books, one that runs concurrent with Forbidden Road, detailing events involving Edwin’s father, John Farmer, and also the follow-up to Forbidden Road, concluding that tale. I am also occasionally working on the rewrite of The Last Good Knight, which is what  Julian Lackland’s story was originally, and is the book Huw the Bard evolved from.  That one is complete, but it needs to sit on the back-burner for a spell while I gain some perspective on it.  Then I will go through it one more time and find an editor for it.

Then, there is Mountains of the Moon, which is in the editing queue.  Not sure if that will be done anytime soon, but rushing to publish is no longer my thing.

Goodness knows how all this will come together, but I love it.