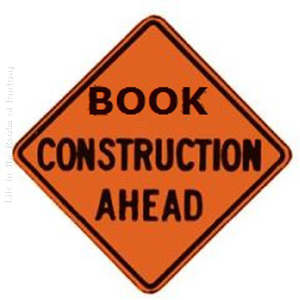 Worldbuilding is the term commonly used for the art of unobtrusively creating the world in which your characters live. Of course, fantasy and science fiction authors clearly need this skill, but all authors must be able to create the world in which their characters live, on the printed page. You, as the author, may know what Seattle looks and smells like, but the reader in London will not.

Many new authors say, “Well, just make it real in your mind, and it will feel solid in your story.”

That’s not precisely true, because things that are solid in your mind tend to evolve and change with every new day. That is bad for a fantasy world, which is what books are. We are going to make a style sheet, describing the rules of how our world works–because the universe has rules, and if we accidentally break them, the reader will throw our book away. Yes, you are going to write it down and refer back to it as the story progresses.

We begin by thinking about the basic necessities our characters will need to survive. Take a look at the world around us, and see what supports us, what nourishes and shelters us. This is called infrastructure. We need to have this support system completely solid in our minds as we write, so that the reader has the sense of a solid, well-thought out world.

If your story is set on a space station or on a space ship, acquiring food becomes central to the tale, because a certain amount of space inside must be devoted either to storage or to hydroponic gardening.

If you set your tale in 1845 Paris, you must remember that this was the Little Ice Age, and was a time of global famine. 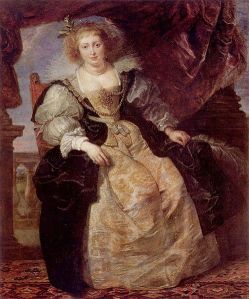 If your romance is set in a medieval world, you will want to dress them with some accuracy. Readers are savvy—they will know you haven’t thought it out well if your fully armored knight is suddenly indulging in a moment of passion with fully dressed Lady Gwen. Think about the many layers of what your characters are actually wearing—it can’t be done! For that you must undress your characters, and if they are full armored or wearing Victorian undergarments, it becomes a bit involved. This means they must plan ahead for their romantic trysts and leave the armor at home.

My book, Huw the Bard is set in a mash-up world—one that has many elements of medieval Britain, but with a few Victorian amenities. I didn’t want clothes to take up a lot of space in the tale, but some mention had to be made.

The trouble Huw had at the outset of the tale was that he was on the run and traveling in disguise. The borrowed shirts of a common working man were made closer-fitting than his traditional bards’ robes, because cloth was expensive and no laborer could afford to waste it on something like big loose sleeves just for fashion. I had to make it so that the straps that ran up his arms and crossed his chest and kept his specially crafted knife sheaths in place didn’t show at all above the rawhide laces at his throat, even when he drew his knives.

It’s only given about three sentences in the actual book, but I had to research what real knife-sheathes are like and how cumbersome they are to wear. In the process I discovered how useless they truly can be. This concept created a certain amount of tension for my plot—he would have to get used to throwing his knives without giving himself away, as he didn’t have the robes to disguise his movements.

When writing fiction, it is important to remember that people are not really that much different nowadays than they ever were. They get cold, so they wear clothes, in many layers. The warmer the weather, the fewer the layers your characters will wear. Inside a warm building, they may be lightly clad. Keep that in mind as you are writing, and convey the idea of their attire with a minimum of words, and your reader will get more enjoyment from the tale.

So, Back to Infrastructure:

When I decided to set my first book in a medieval setting, I did a certain amount of research on Wikipedia, and found it is actually a good source for quick reference.  However, many people whom I admire and respect regularly tell me it’s not the best source for real information about anything. (!!!) SO, ever the intrepid seeker of information, I resorted to investigating in some rather obscure places, but I did find what I needed.

It just took a little time, and a lot of effort. Do the research, and lay the groundwork for your infrastructure. Your readers won’t thank you, but they will be so immersed in the story, they won’t realize the world is a fantasy, and THAT is what you want.

The next installment of this series will explore the world itself–creating the environment and the geography.