Elements of the story: showing the mood 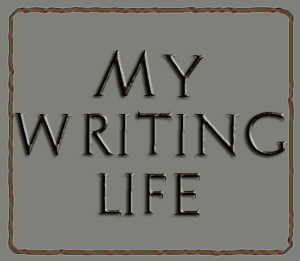 Most of us, if you are reading this blog, are writers who love to read for pleasure. We each enjoy different sorts of books, but all our favorite reading has one thing in common: the story, whether fictional or true, moves us in some deeper way, making us think about it long after the final page has been read.

In order for the reader to be moved by a story, his imagination must have been completely engaged in the work. Thus, the writer must perform a tightly controlled balancing act, walking the fine line between giving too much description and not enough.

As writers we are constantly admonished to show, not tell. This can be taken to extreme, and the result is a boring, unimaginative walk-though of a character’s most minute expressions. For example:

Gordon’s brow furrowed, and his eyes narrowed. His eyebrows nearly met in the middle. His lips turned down at the corners. He screamed, “You bloody idiot.”

Well, duh. Pick one, and let the reader imagine the rest.

That doesn’t do it either. That is simply telling the reader Gordon was upset, rather than showing it. Perhaps Gordon’s face darkened and his voice was harsh. Or, Gordon’s eyes narrowed. “You bloody idiot!”

If your character is angry, please don’t have them hiss their dialogue. People do not snort, hiss, or spit dialogue, no matter how angry they are unless they are a snake or a camel.

The writing world has several good handbooks on showing emotions, and these two are  in my library:

It’s good if you have bought a book on this subject and are using it to help show what is going on in  your character’s minds rather than telling it. But use some common sense. If there are fifteen ways to show dejection, please don’t use them all to describe one moment. Simply have your character sit slumped, or refuse to engage the others.

Readers don’t want to be told in minute detail what to imagine. They will put your boring book down and walk away with only one regret–that they bought it in the first place.

I’ve put together a little cheat sheet for showing emotions. Be sparing–show just enough to keep your readers engaged and the story moving along. If you provide a good framework and allow the reader’s imagination to do the rest, you will engage the reader. That, my friends, is priceless. 5 responses to “Elements of the story: showing the mood”