The Rant from Ground Zero #amwriting

I live and write in the Olympia area of Washington State. We are a short drive from Seattle, the epicenter of the Corona Virus outbreak. Four of our children live within a few miles of the nursing home where 27 deaths have so far occurred that are linked to this disease. One of our daughters is a health care professional in that part of King County, a Reflexologist.

I will admit that it has been difficult to focus on writing. 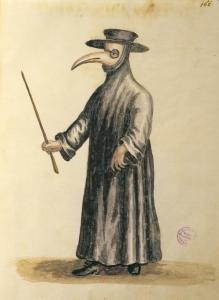 In December, I wrote a short story with the theme of “Escape,” tailoring it specifically for an anthology with that theme. It is a dark story, detailing a virus that brings humanity to its knees.

Two weeks ago, I had just clicked the “send” button when the news of the nursing home deaths burst, and the Pacific Northwest went mad—panic shopping ensued.

Yesterday I made the decision to pull that story from consideration. I don’t think the world needs another dark tale about viruses, especially one with no happy ending.

I submitted a different story, one that is not necessarily happy. However, it’s optimistic and deals with a girl in 1950s America hoping to escape her difficult parents. The theme in the new submission fulfills the intention of “escape.” I don’t want to read anything that’s a downer right now, so I suspect that readers of an anthology won’t either.

I don’t see any reason to “panic shop.” I’ve been poor, and I know how to function in a world that isn’t 21st century America “clean.”

As far as housekeeping goes, those wipes and all that sanitizer aren’t really that useful, but they make people feel safer. I’ve never used them, as I’m allergic to chlorine bleach and use a mix of 1 cup white vinegar to 3 cups of water in a spray bottle for spot cleaning doors and even windows.

I’m old and officially began adult life at the age of 19 in 1972. I know that a sink or bucket full of hot, soapy water cleans most surfaces in my home well and doesn’t leave a nasty chemical residue.

White vinegar is an acid, and in a strong solution, it disinfects as it cleans. See this article: Does Vinegar Kill Germs?

So how do we go forward as a people during these strange times? Here in Washington State, Governor Jay Inslee has worked tirelessly. He’s made hard decisions to ensure that our state does all it possibly can to meet this threat.

From this point on, we will admit that we can’t depend on those in our national government to respect us here in the Northwest. We know they won’t be honest with us, nor will we count on them to supply the country’s health system with what it needs.

We will learn new habits that will change how we interact with the world. We denizens of Ground Zero will elbow-bump but won’t shake hands, or hug, or kiss cheeks when in France. We won’t spread viruses if we can avoid it, and we’ll try to avoid getting them.

Panic shopping will settle down as this passes. Here at La Casa del Jasperson, we have enough to get by, and if we run out and the stores are empty, as I said at the beginning of this rant, we will manage. During the Reagan years, we were financially challenged, and since those days I’ve always been prepared for emergencies.

In the meantime, I have a large virtual community of writer friends, and we communicate through various boards on social media. My Tuesday morning writing group will be meeting via Google Hangouts. We have a Discord Channel for Olympia NaNoWriMo.

It is allergy season. Today March 15th, the tree pollen index is low, but with the advent of spring, that will change. My allergy to Douglas Fir will kick in as soon as the lovely green dust of tree pollen begins to cover the cars.

This year I will take allergy meds because a sniffly nose is a bad thing in this day and age. If the meds don’t work, I’ll have to stay home and dream about the new, remastered version of Final Fantasy VII.

Or, I could play the old, classic version again…heh heh…. I can probably still do that even if the meds work as they’re designed….

I have books to write and a house to clean.

2 responses to “The Rant from Ground Zero #amwriting”