Authors all know that the physical setting of a story and the immediate environment must be absolutely clear in their mind. But there is a hidden aspect to worldbuilding, one that is nearly invisible to the casual reader.

Whether you are writing real-world environments or sci-fi/fantasy, a significant part of the world your characters inhabit is their society.

This aspect of worldbuilding is a fundamental underpinning of any novel, but it is one that goes virtually unseen. How people live, and their place in society is an invisible component of any story.

All societies are made up of layers. What those layers are is listed below. What makes your story different is how you apply the layers and yet keep them subtle to the reader.

We build the society in our minds, and to us, it is rock solid. It helps to write a page or two of background info, just for yourself. The reader doesn’t need to know the details or the history, only that it is.

My Tower of Bones series was initially invented as the setting for an anime-based platform-style RPG (Role Playing Game) that was never built. We intended to create a Final Fantasy style world and game, but the tech crash happened, and the game didn’t materialize.

However, I had retained the rights to my maps, my characters, and my storyline. This worldbuilding eventually became the basis for the Tower of Bones series. Mountains of the Moon is the original story that the series grew out of, although it was the fourth book to be completed and published.

Companies like Square-Enix have it right. Over the last three decades, they’ve consistently produced anime-based RPG games that are considered classics. These games have a rabid following because they share one commonality: they all have unforgettable characters, memorable worlds, and deep, involving storylines.

When I was asked to write the storyline for the game, I began with my protagonist, a hapless yokel named Wynn Farmer. I created a word-picture of his world and how the dangerous environment shaped his society.

Then I made a list of questions about the society Wynn lived in.  The answers formed the picture of his world and his place in it.

With that done, I set it aside to use as reference material for when I needed to know how a particular character would react in a given situation. We intended to determine what was important enough to be a cutscene later, but never got to that stage. Cutscenes are generally a short transitional animation, marking places where the storyline advances and giving deeper insight into the characters, their motives, and their ultimate quest.

This is the method I still use today when I create a new world.

I have posted the following lists before, so if you have already seen them and are bored now, thank you for stopping by.

Society is always composed of many layers and classes. How is your society divided? Who has wealth? are there 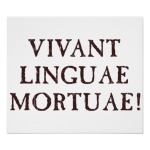 Do they have a written language? This is really important if you are setting your people in a medieval world or in a really low-tech society because it determines how knowledge is passed on. Low-tech generally equals an oral tradition.

Ethics and Values: What constitutes morality?

Religion and the Gods: How important is religion in this tale? If it is central, ask yourself: Is there one god/goddess or many? If the worship of a deity is a vital part of your tale, you must design the entire theology. You must know the rituals and understand how their deity holds their hearts. You must know how that deity considers his/her worshipers.

Level of Technology: What tools and amenities does this society have available to them? What about transport?

Government: There will be a government somewhere, even if it is just the local warlord. Someone is always in charge because it’s easier for the rest of us that way:

Crime and the Legal System: What constitutes criminal behavior, and how are criminals treated?

Foreign Relations: Does your country coexist well with its neighbors?

Waging War: This is another area where we have to ask what their level of technology is. It is critical for you as the author to understand what sort of weapons your characters will bring to the front, and also what the enemy will be packing. Do the research and choose weaponry that fits your established level of technology.

These lists are a jumping-off point, something for you to consider. The answers to these questions always lead to my considering other larger concepts, ideas and values that combine to make up a civilization. Please feel free to use this roster to form your own inventory of ideas about society.

Know your world, know the society, and write with authority.

Give your readers just enough detail to show that your world is real and substantial. You don’t need to go into detail about how that world came to be. You, as the author, are the only one who needs to know those details.

Potions of this post were first published here on Life in the Realm of Fantasy as “Creating Societies,” © 2018 by Connie J. Jasperson. https://conniejjasperson.com/2018/09/24/creating-societies-amwriting,  published September 24, 2018.

4 responses to “Society, the hidden underpinning of worldbuilding #amwriting”