The other side of the coin

Writing is about so much more than merely laying words down on a page.   Most people can do that, and can even whack out a creditable paragraph or two. But sustaining the momentum and carrying that vision through an entire novel is quite another thing.

I’ve read several disparaging blogposts where the authors have expressed their scorn and disdain of Nation Novel Writing Month, and that is fine, if it makes them feel noble and slightly more pure than the rest of us mundane hacks. But they are overlooking one important notion, and that is that to write a novel one must start a novel. If it takes a special month of writing and a group frenzy to get some people fired up about an idea they’ve had rolling around in their heads, who am I to complain?  I am a reader as much as I am an author, and I say the more the merrier!

Take a look at some of the most well-known NaNo Novels of all time: 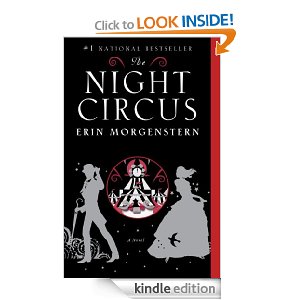 Water for Elephants, by Sara Gruen. On the best-seller lists for over a year, turned into a movie starring Reese Witherspoon and Robert Pattinson, started as a NaNo novel.

The Night Circus, by Erin Morgenstern. What eventually became The Night Circus began life in 2004, seven years before it was finally published, started as a NaNo novel.

Wool, by Hugh Howey. Howey’s dystopian sci-fi novel is one of those credited with putting self-publishing on the map, started as a NaNo novel.

So don’t give me any of your “poo-poo on the contest” crap. Whatever gets a writer fired up and writing is fine by me!

I think the notion that anyone with an idea can sit down and write a book in 30 days bothers some authors, as they feel rather threatened by the number of books being published post NaNoWriMo.  Fear and Loathing, we call that in the industry. It’s irrational, but then no one ever accused authors of being rational!

Most people who begin a novel in November do not reach their goal of 50,000 words. They do not have the discipline to sit down every day and dedicate a portion of their time to this project. And some people just are not good writers. But so what? The cream always rises to the top, my grandma used to say.

Because of NaNoWriMo, thousands of people are now embarking on learning a craft, committing their time and resources to educating themselves about how to write a novel that others will want to read. Several years  down the road, who knows what wonderful works of fiction will have emerged from this year’s madness?

I only know that I am always looking for a good book, and so I will be first in line, hoping to be blown away by a fresh, new work of art.